Here’s Your Peek At The New Nissan Altima 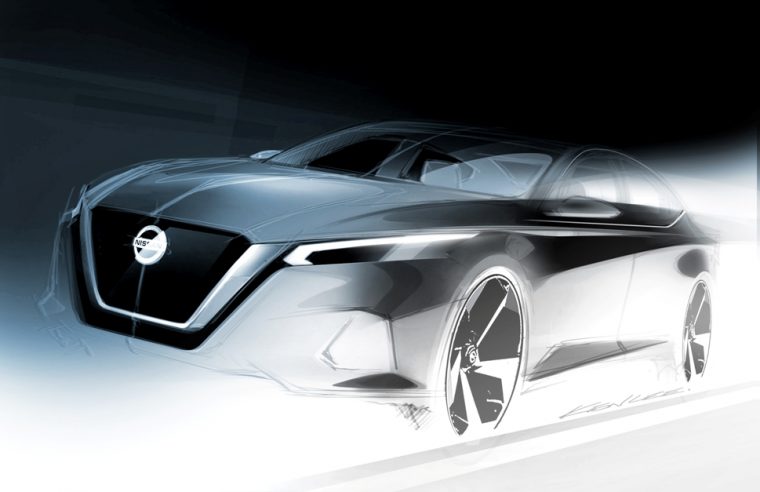 It’s hard to believe how fast the month of March is going. Before you know it, the New York International Auto Show will be upon us and it’ll be time for Nissan’s big reveal of the 2019 Altima on March 28th. While Nissan announced the unveiling a while ago, it refused to give us any hints about the future of one of its most popular models. It seems as if the team at Nissan is so excited for the new car that it can’t hold it in anymore because we now have a design sketch of the car’s exterior.

Nissan’s press release that accompanies the photo says that “This official exterior sketch reveals an expressive, sophisticated all-new Altima and hints at the future of Nissan’s sedan design language.” To us, it looks like the Nissan Altima is getting quite a few design cues from Nissan’s most recent refreshes, such as the Nissan Maxima and Murano. The sketch clearly shows the same large front end with similarly-shaped headlights and flowing lines. That’s not to say that the upcoming Altima won’t be cool, just that it will probably look like the other cars in the Nissan family (which is a good thing).

Besides this sketch, we really don’t know much about the 2019 Nissan Altima. It’s possible that a Nissan staff member accidentally leaked that this new model has a four-wheel drive option, but other than that we’re pretty much in the dark. We’ll be just as surprised as you when the cover is ripped off the new Altima at the end of this month.