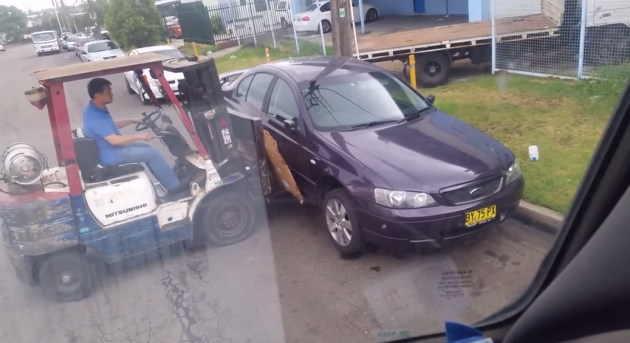 Just imagine parking your car somewhere along a street for any extended period of time only to return hours later and find that your vehicle is no longer there. Oddly enough, you discover that your car hasn’t been stolen when you look across the street to see it parked on the opposite sidewalk. You wonder if you’re losing your mind or if there’s a thief out there with a somewhat sadistic sense of humor.

And then you jump on the internet to discover that some jerks with a forklift picked up your Ford Falcon and moved it across the street so that they could park their truck.

We suspect that you’d probably be somewhat peeved. Perhaps even downright ticked.

It’s natural to cringe while watching this all play out, even in spite of the fact that the folks try to facilitate their task by placing a piece of cardboard between the vehicle and the forklift. Hey, at least they’re somewhat considerate. 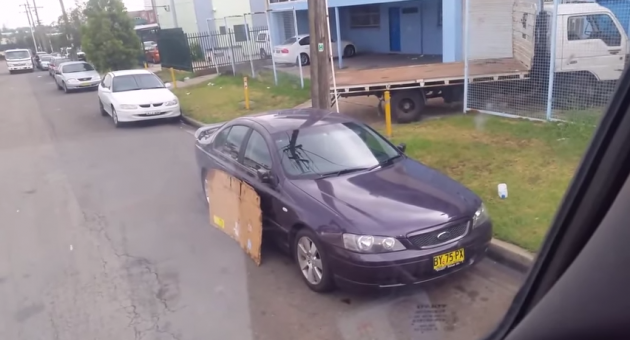 We’re not total jerks…okay, so maybe we are

Given that 1) the owner of the vehicle never makes an appearance, 2) nobody attempts to intervene in the whole ordeal, and 3) the video comes from the dashcam belonging to the folks behind the unsavory deed, it’s not unreasonable to think that this might all be some stupid marketing stunt to promote Mitsubishi forklifts. 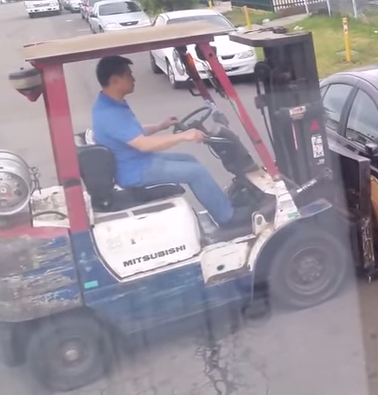 “Mitsubishi forklifts! Not only can they pick up your car, but they also won’t drop your car! Why is it picking up your car in the first place? Who knows, but it can do it anyway!”