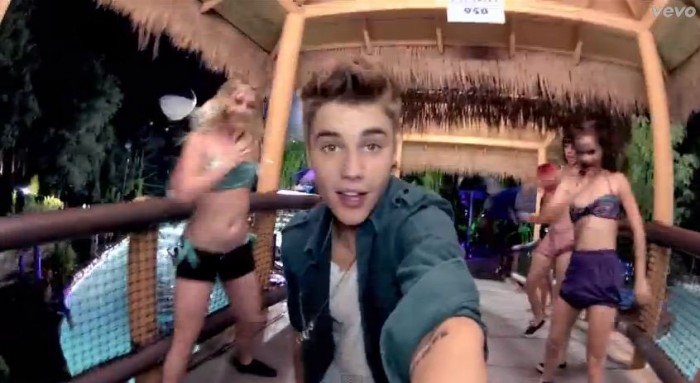 To be honest, I’m already mad at myself for reporting a story about Justin Bieber, but it was either that, or write all about Chrysler Group’s thrilling partnership with the National Federation of Independent Business. I mean, I had to write something. It’s not like I get paid to sit here and play around with BuzzFeed quizzes all day, as much as my browser history might suggest.

Anyway, TMZ (yes, that is where I am now getting my auto news) is reporting that Justin Bieber’s Cadillac Escalade was involved in a minor car accident on Tuesday of this week. But for once, the Biebs wasn’t at fault. He was sitting comfortably in the front passenger seat when a paparazzo began to tail the Escalade. Hoping to flee the “unwanted” attention, the driver of the Cadillac sped up when suddenly, a BMW pulling out of a parking structure slammed into the Escalade’s passenger side.

Reportedly, Bieber immediately hopped out of the Escalade and somehow managed to hop into another getaway SUV and speed off right away.

I guess, if you think about it, Justin Bieber’s Cadillac Escalade getting slammed by a BMW isn’t the worst kind of Justin Bieber news; there’s been far worse. At least he wasn’t filling up a penthouse with weed smoke or throwing flaming bags of poo at the eldery or drag racing during an acid trip. And, praise be to God, at least, for once, he wasn’t singing.