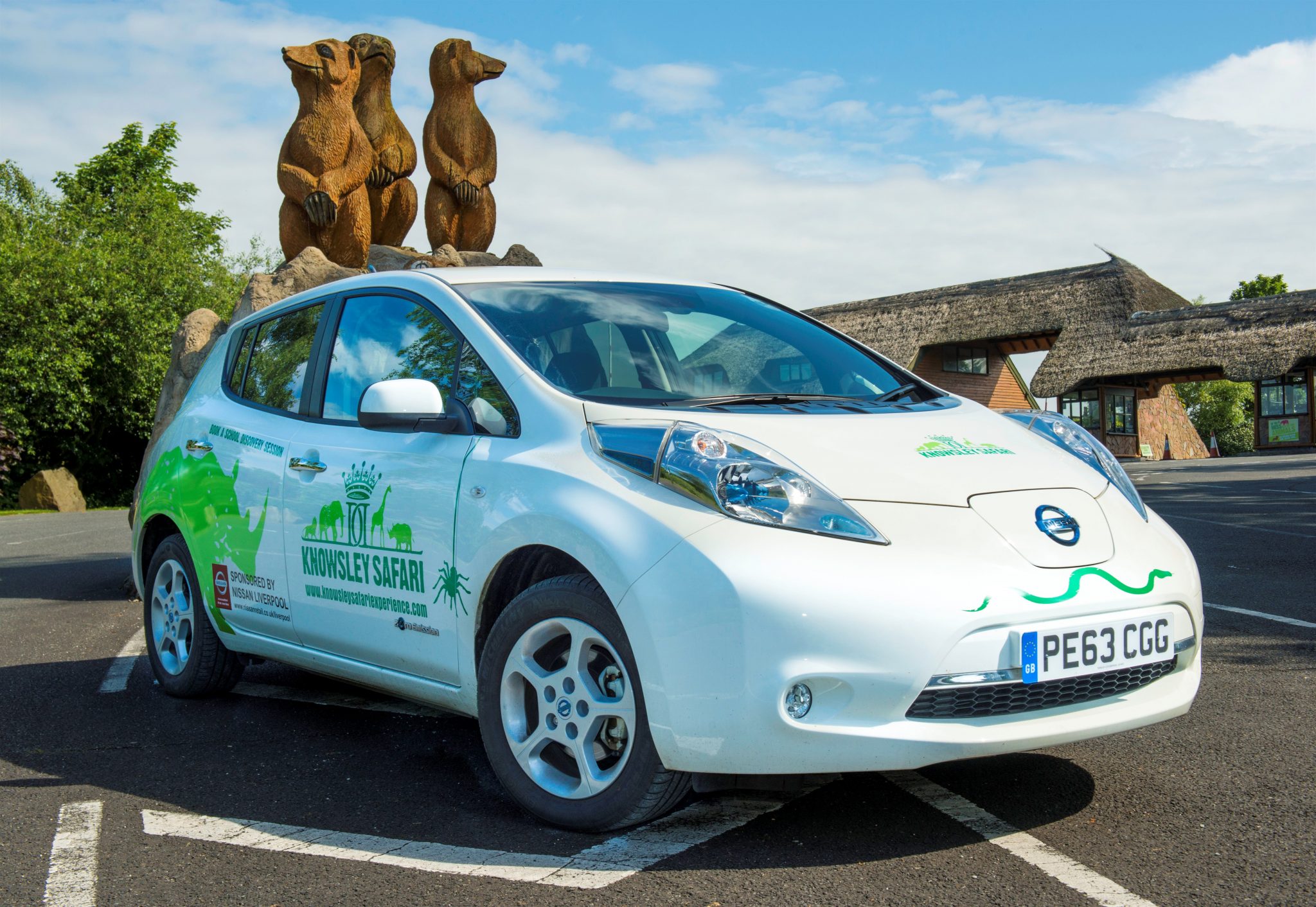 The Learning and Discovery Team at Knowsley Safari Park near Liverpool has added a special Nissan LEAF to their fleet in order to better promote sustainability and environmental responsibility across England.

The Knowsley Safari LEAF, which is sponsored by Nissan Liverpool in Sefton Street, is decked out in a special livery that features the park’s logo and will be charged entirely by solar panels at the facility. It will be used primarily to transport Knowsley Safari’s two full-time educators, who rack up around 10,000 miles annually transporting everything from snakes to spiders.

More from Nissan: Nissan Has Reduced CO2 Emissions by 15.4 Percent

“In many ways the LEAF is the perfect car for us,” said Richard Smith, head of visitor services at Knowsley Safari. “It’s fantastic. Because we’ve been able to couple our charger to our solar panels, there are effectively no running costs and that’s a real advantage. We also operate in accordance with a strict sustainability plan, and in that regard the LEAF is a winner too. It fits very neatly with the overall message the Learning and Discovery Team are delivering at schools across the region.”

Knowsley Safari Park has a longstanding commitment to sustainability. Among other efforts, the park makes use of rainwater and abides by a zero-to-landfill policy. 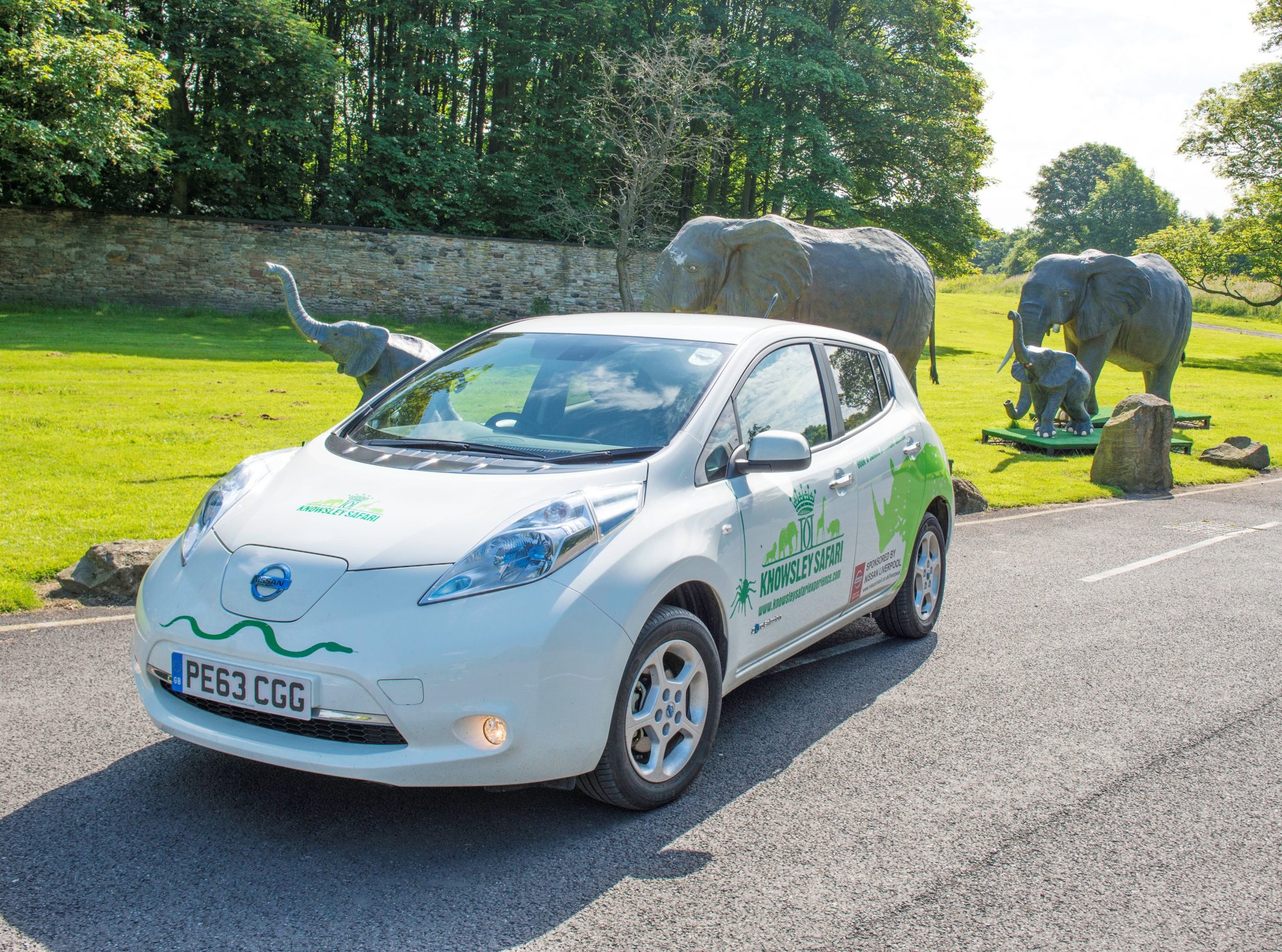 “We’re delighted to be able to support such a prestigious and fantastic attraction, and I’m delighted they’re reaping the benefits of the Nissan LEAF. So many other businesses and individuals could be enjoying the environmental and economic benefits of the model as well, and I’d encourage them to take a test drive and see how easily it could meet their needs. Even when it’s charged from a domestic socket rather than from solar panels, the LEAF costs just two pence per mile to run, and it’s hard to argue with that.”