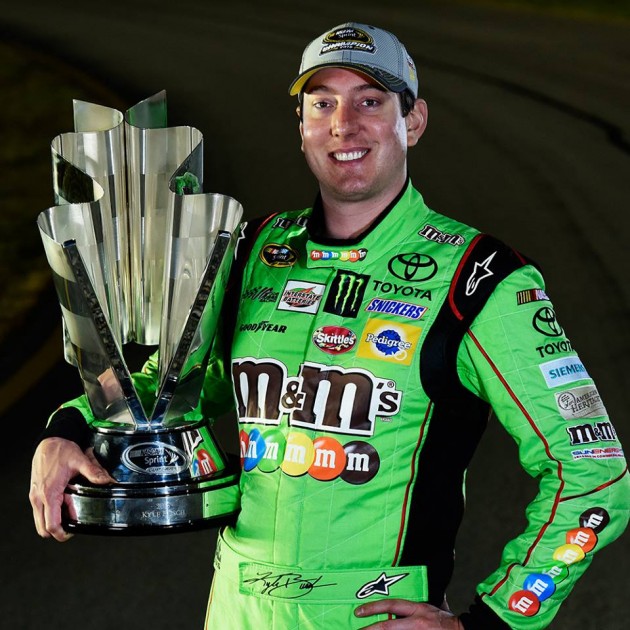 Kyle Busch has been quite the busy bee lately. First, he won the Sprint Cup Series championship despite missing the first 11 games of the season due to a broken leg and foot. Then, he made a video on Twitter using his 6-month-old son’s cuteness as a fun way to advertise Fox Sports Live. Now, Kyle Busch is gearing up for the NASCAR Sprint Cup Series Awards banquet this Friday in his hometown of Las Vegas.

Busch joins 14 other top-16 finishers in Vegas, where they will drive down The Strip in cars and hang out and talk about cars and sports and things. Number nine finisher Denny Hamlin will miss out on this post-season fun since he had surgery on Monday to repair his torn right ACL. While Hamlin will miss out on the majority of events this week, he could well make an appearance at Friday’s banquet, depending on his condition. 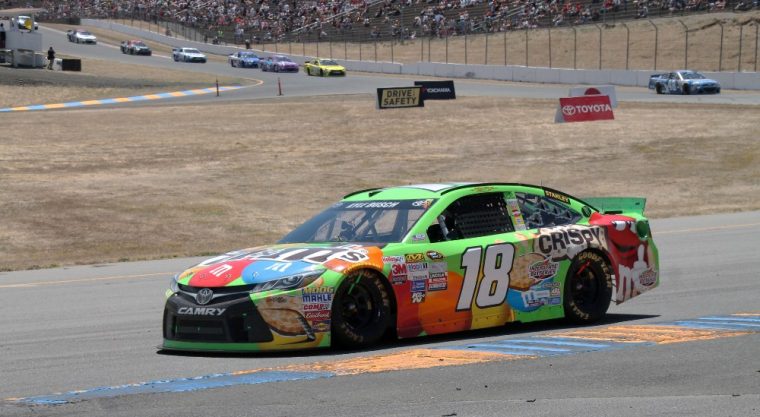 Kyle Busch will no doubt be the center of attention the entire week. His season, which began with a February 21st crash at Daytona International Speedway which caused him a broken right leg and left foot, ended in victory with one of the most impressive comeback stories in NASCAR history. He finishes the season with a nice bonus (Kevin Harvick, last year’s winner, received a not-too-shabby $4.8 million) to share with his wife Samantha and infant son Brexton.

Once the awards ceremony is over, no doubt Kyle Busch and his fellow NASCAR drivers will begin preparations for the next season, which begins on February 13, 2016, at Daytona International Speedway.