LaFerrari, McLaren P1, or Porsche 918? I’d Rather Have the Koenigsegg Regera 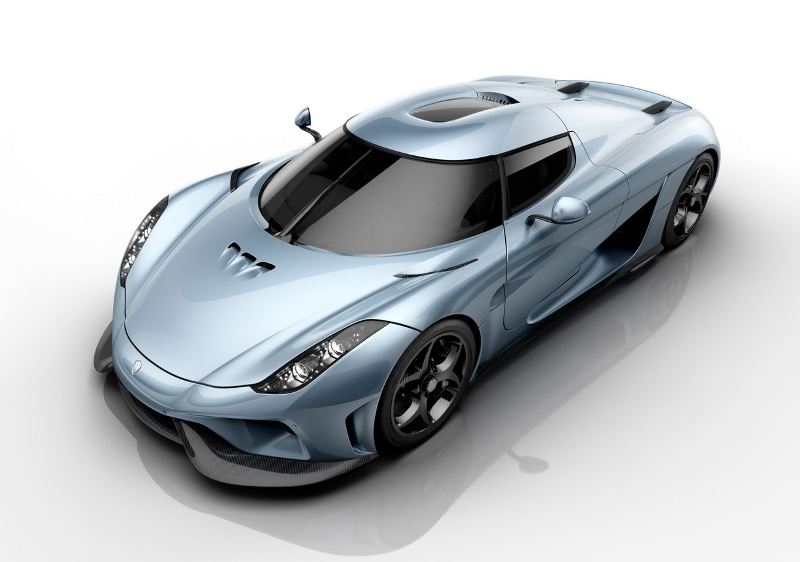 You’ve no doubt heard of LaFerrari, the McLaren P1, and Porsche 918—that trio of hybrids that not only defy but shatter the limits we once expected of traditional supercars, and which car enthusiasts are dying to see in a head-to-head on the Top Gear Test Track.

The thing is, if you happen to get most of your auto news from Top Gear UK, there’s another contender you may not have heard much about (because it remains inexplicably unmentioned on the show): Koenigsegg.

Had I written this article two weeks ago, it would undoubtedly have been about the Koenigsegg One:1—the automaker’s stupefying “megacar” that produces exactly one Megawatt of power (that’s 1,341 ponies) while maintaining a one-to-one power-to-weight ratio, hence the name and self-proclaimed title. Christian von Koenigsegg, the CEO and mastermind behind the Swedish company, built it to show that you didn’t need hybrid technology to get the performance of the aforementioned trio. Needless to say, he made his point, as the One:1 smokes all of them in terms of power.

When I first learned of its existence, I was flabbergasted. “Who and how in the world is anyone going to top this?” I wondered. Deep down, I knew the answer was not truly a matter of who and how but rather of when, as it always is when it comes to engineering and technology. But because this article isn’t about the One:1, this means my question has already been answered, only a year after the megacar’s launch. I would never have guessed to be proven right so soon, least of all by–yep–Koenigsegg. Again. 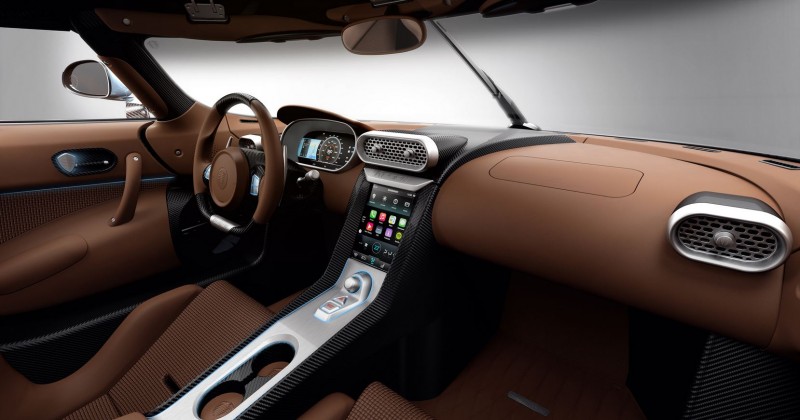 Even from the inside, the Koenigsegg Regera stands out from the crowd
Photo: Koenigsegg Automotive AB

This time, the automaker’s offering is a hybrid. The plug-in kind, in fact. It’s called the Regera, and the amount of engineering innovation and prowess that has gone into the vehicle is truly spectacular. Being of rather limited technical expertise, I’ll just point you toward the official website for all the details, but stick around for the juiciest bits.

The engine is a modified version of the same twin-turbocharged 5.0-liter V8 that Koenigsegg has been using in all its latest cars, amplified by three electric motors. The engine produces 1,100 hp on its own and the motors add another 700 hp, though the combined output isn’t as simple as adding the numbers together. It could crank out as much as 1,800 hp (!), but all we know for a fact is that the Regera makes at least 1,500 hp and 1,475 lb-ft of torque. Somehow, we wouldn’t be disappointed if it was “just” the latter amount. It’s funny how 300 hp can seem almost insignificant when the numbers are this high.

All that power goes straight to the rear wheels. One electric motor for each, and the third–well, that’s where things get really interesting. The third is part of the Koenigsegg Direct Drive (KDD) system, which replaces what would normally be the transmission. Oh, did I forget to mention? The Regera doesn’t have gears. 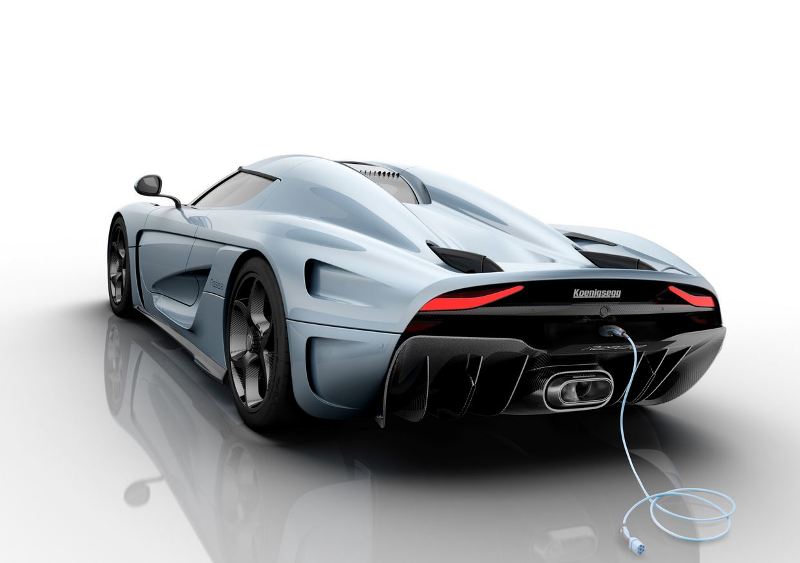 The KDD is one of Christian von Koenigsegg’s engineering marvels, and I wouldn’t presume to understand half of its inner workings, but the result is easy enough to swallow: you get a lot of torque fill while still saving weight compared to having a regular transmission. The torque curve isn’t quite flat like in a pure electric car–such as the Tesla Model S–but close enough as to make no difference.

All of that brings us to some truly impressive performance numbers. The Regera does 0 to 62 mph in 2.7 seconds. If that seems a bit high for a car with that much power, that’s because it is. As a rear-wheel-drive car, it simply can’t go faster because of traction limitations from the tires. Not that it matters; at 62 mph, the Regera has barely begun to stretch its legs, which can take it from 0 to 186 mph in 12 seconds, 0 to 250 mph in 20 seconds, 93 to 155 mph in 3.2 seconds, and to a top speed of 255 mph. Try to wrap your mind around all that, and then remember it’s also an economical car that can do about 18 miles on pure electric power alone.

The Regera is full of other interesting technologies, like its world-first foldable top-mounted rear wing and robotized chassis. It’s surprising and awesome to see so much innovation in a single car, so soon after the company had already made the One:1. Though Koenigsegg is first and foremost an engineering firm after all, which just so happens to make cars.

I really hope they keep making them.