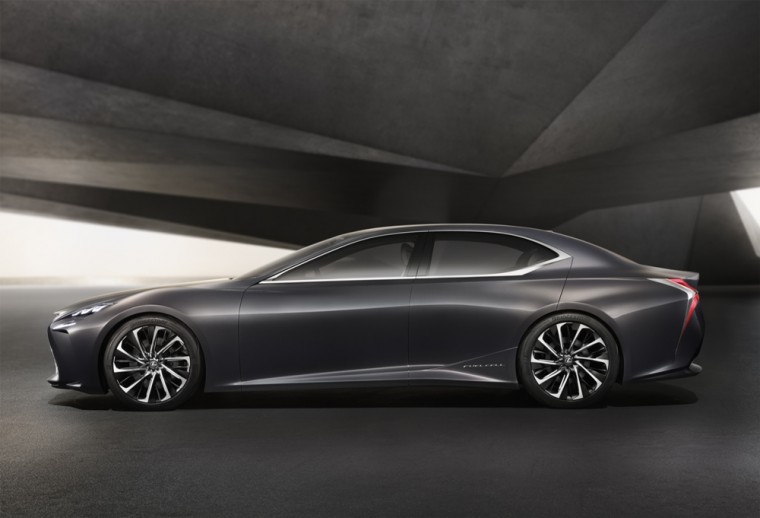 Industry experts have been asking for a refresh of the Lexus LS for a while now. To give journalists and Lexus fans a taste of what’s next for the Lexus line, the automaker brought a new concept to the Tokyo Motor Show.

The Lexus LF-FC Flagship Sedan is a sleek engineering marvel, and indicates that the brand is thinking outside of the box for upcoming cars.

While the Lexus LF-FC concept is a sedan, its exterior sculpting more closely resembles a two-door coupe. The whole car fits into Lexus’ “L-finesse” design ideal, which means that it anticipates the needs of drivers, while keeping to an idea of simple elegance.

On the interior, windows are maximized to make passengers and drivers feel more connected to the roadway around them. A large portion of the technology inside of the car is controlled by hand motions, not knobs and buttons. Hand motions can do everything, from changing the song on the audio system to turning up the air conditioning on a hot day.

A big part of the Lexus LF-FC concept is its hydrogen-powered drivetrain. Lexus’ parent company, Toyota, has worked extensively with the fuel source and debuted the Toyota Mirai on Back to the Future Day. It’s not surprising that the idea of hydrogen as an alternate fuel source has made it to Lexus.

Unfortunately, since this vehicle is a concept, there will be no forthcoming production date. We can’t wait to see the components on this car put to work on more future models.