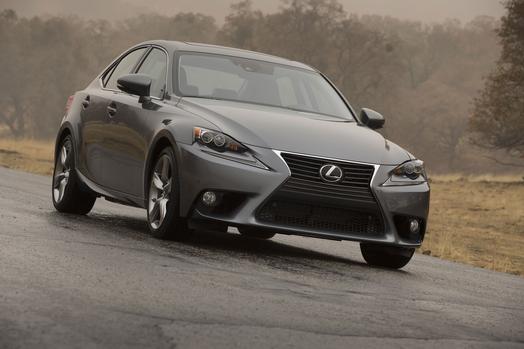 Lexus Division April sales were up thanks to the 2014 Lexus IS.

Toyota is happily reporting one of its best April sales month since 2007, with a total sales result of 199,660 units marking a 9 percent increase from April 2013 on a daily selling rate—or a 13.3 percent increase on a raw-volume basis. This includes both the Toyota and Lexus division, which were up 7.4 percent and 23.1 percent, respectively.

Highlighting Toyota Division April sales were the all-new Corolla and Camry, which were both up 20 percent with sales of nearly 30,000 units and 38,000 units, respectively. Toyota’s big vehicles were also a sensation throughout the country: total truck sales were up 16 percent, with the all-new RAV4 enjoying its best-ever April, the FJ Cruiser up over 508 percent, the all-new Highlander up 27 percent, and the 4Runner up 64 percent.

Lexus IS back seats

Lexus Division April sales were arguably even better: the IS posted triple-digit gains for the fifth months in a row and the GS was up over 21 percent; the RX was up 15 percent and the GX doubled its sales for the sixth month in a row.

“The luxury segment has improved at a faster pace than the overall general industry through each of the first four months of the year,” said Jeff Bracken, Lexus group vice president and general manager.  “The new IS and GX more than doubled sales in April compared to last year and six of eight Lexus vehicle lines posted gains for the month.”

Lexus GS on the move