Lexus Reveals A Real Hoverboard For 2015 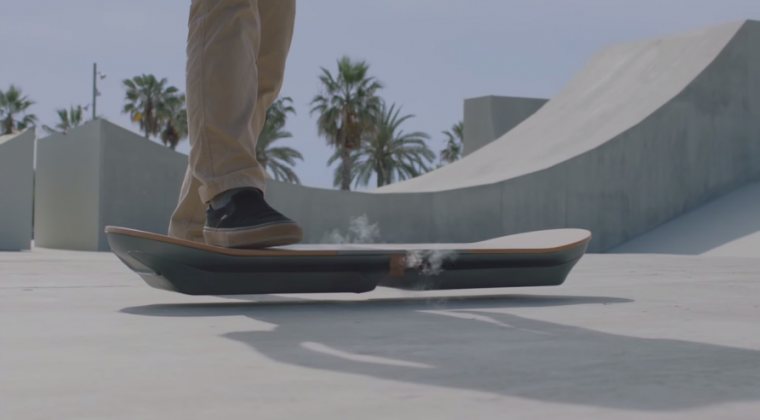 This is not a drill! Fans of Back To The Future II will remember a pivotal scene in the 1989 film where Marty McFly visits 2015 and uses a little girl’s hoverboard to escape from a sticky situation. Almost every year since the film’s release, usually on April Fool’s Day, news reports emerge of working hoverboards and are quickly debunked.

A working toy version has recently gone on sale, but it is only an inch and a half long. Since it is now actually 2015, time is running out with no hoverboard in sight. Until today, that is.

We are happy to say that today our prayers have finally been answered by Lexus. The luxury automaker has just released a video showing their real and rideable hoverboard. Unlike the hoaxes of the past, this hoverboard is backed up by actual engineering and research. Check it out below:

Powered by liquid nitrogen-cooled superconductors and magnets, the board looks legitimate. This is the same technology that allowed a Japanese train to break a new world speed record last year, and Toyota hinted that it was working on a hovering car soon after that. If nitrogen and magnets can make a train fly along the tracks, surely they can power a hoverboard.

According to Lexus, the brand will take the hoverboard prototype to Barcelona this summer to begin testing, and the automaker is supposedly working towards something special that will relate directly to Back to the Future. We’re glad that Lexus understands the importance of the hoverboard and the timeline they need to meet to please movie buffs.

The future is suddenly a whole lot brighter. At The News Wheel, we’ll keep our eyes peeled for more developments on this announcement from Lexus.