Margot Robbie and Nissan Hit the Road for Formula E 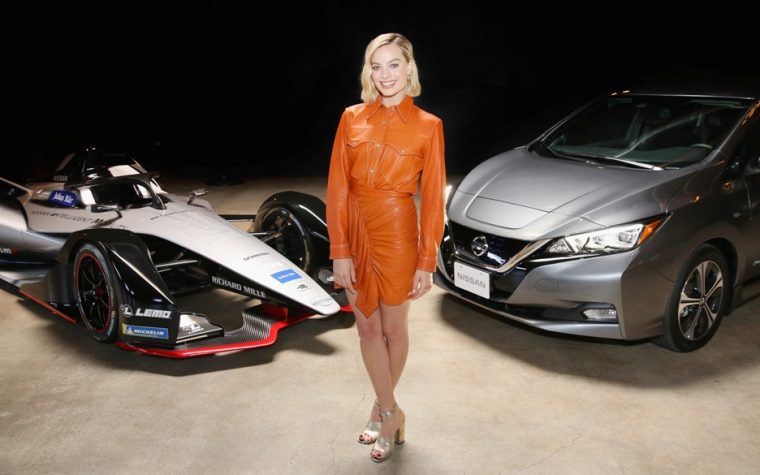 In case you haven’t heard, Academy Award-nominated actress Margot Robbie is the celebrity spokeswoman for Nissan’s sustainability efforts and EVs, whether they are concept, production, or racing cars. This week, she joined the Nissan team in Los Angeles for an event promoting the latest Nissan electric car, a race car built for the Formula E circuit.

The Formula E race series, more specifically called the ABB FIA Formula E Championship, takes specially-engineered electric race cars to some of the largest and most important cities in the world to race. Besides the fact that racing cars is just plain fun, the championship was also founded to help spread awareness and appreciation for electric cars and to prove that you don’t need a gas engine to be a performance car. Nissan is the first Japanese company to enter Formula E, which is expected considering the success of the Nissan LEAF.

“I’ve already seen many of Nissan’s initiatives, designed to bring cleaner air to roads and fairer access to power across the globe. And now, we have this – a fantastic new Formula E car,” said Robbie. “I’m excited to see how it will help Nissan develop its EV offering further and bring new and exciting technologies to communities across the world.”

Nissan’s latest Formula E car was first unveiled at the Geneva Motor Show, and then it hopped the Atlantic Ocean to make its American debut at the New York International Auto Show. This fresh generation’s most noticible change is its new livery, but it also holds a new powertrain and battery package for improved performance.

The next Formula E race is scheduled for April 28th in Paris, France, and if you want to watch it should air on the Fox Sports channels. Go Team Nissan!