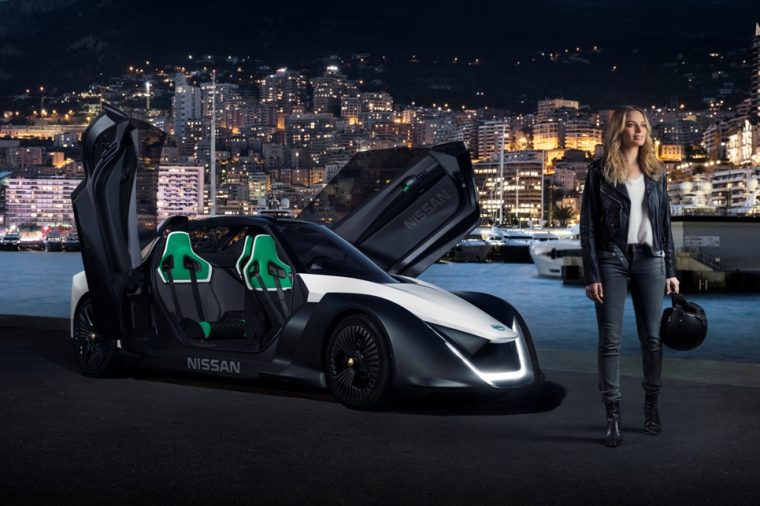 If you’re like us, you might have forgotten that Margot Robbie is technically Nissan’s electric vehicle ambassador. She was given the shiny title in February of last year, but since then we haven’t really seen much from her besides her posing beside the Nissan BladeGlider EV prototype and at a Nissan Futures 3.0 announcement in October. The Suicide Squad star popped up on a Facebook livestream – her first – to announce that Nissan is bringing a concept design for its Formula E cars to the upcoming Geneva Motor Show.

Nissan only announced last October that it would be joining the Formula E racing series, which races electric cars in major international cities. While watching electric cars race is fun, the series also hopes to spread awareness of green cars around the world and make them a more acceptable form of vehicle. Nissan also uses it to promote the other parts of its Nissan Intelligent Mobility system. On March 6th, the Japanese automaker will reveal a concept livery for its electric racecar that is sure to wow show attendees.

What Do You Need? Learn the difference between AWD and 4WD vehicles

It’s all well and good that Nissan announced that this concept is arriving in Switzerland on Facebook, but in true Nissan style they had to make even a live broadcast just that much more special. The whole livestream operation was powered by a Nissan Leaf battery instead of power directly from the grid.

ICYMI here I am on set with Nissan in L.A. for an interview with an electric difference. Watch more over at http://bit.ly/2F0qvzv

Stay tuned to The News Wheel for more Geneva Motor Show reveals as they happen and to see this concept livery as soon as it’s revealed.