Martin Truex Jr. Wins Yet Another One for Toyota 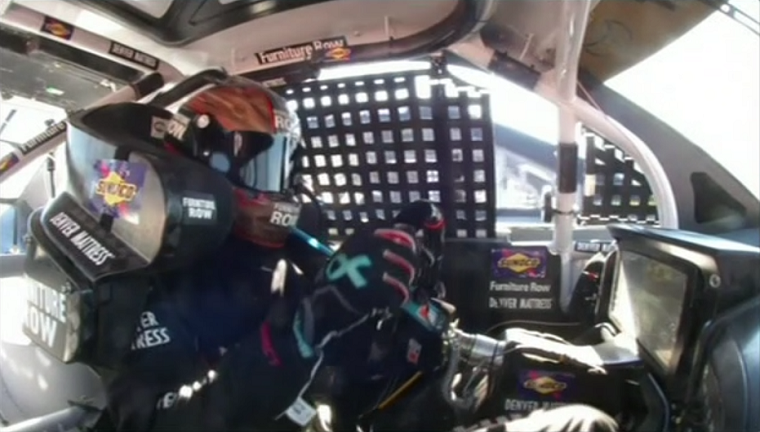 Yes, it’s happened again: Toyota has won yet another NASCAR race, this time with Martin Truex Jr. behind the wheel of the Furniture Row Racing No. 78 Toyota Camry.

That marks Truex’s third win of the season, which puts him in the lead for the Chase for the Sprint Cup. Given that Truex had only had three wins under his belt before the current season, he’s feeling understandably good about winning three more in less than a year.

“I’ve never been in a position where I feel like we can go anywhere and win,” Truex said after celebrating his victory. “Right now I feel like any race track, any weekend, anywhere in the country we can win.”

Buying a Car? Why you may want to consider leasing instead

There was little doubt that a Toyota of some kind would win the Teenage Mutant Ninja Turtles 400 at Chicagoland Speedway in Joliet, Illinois. After Denny Hamlin won in his own Toyota last week and Truex the week before that, Toyota had racked up 13 victories out of 26 rounds—and now their success rate has tipped beyond the 50% mark.

More importantly, Truex’s win guarantees him a spot in the Chase quarterfinal, giving him a load off his shoulders for the upcoming two races. “The next two weeks, we don’t have to worry about flat tires or somebody running into us and wrecking us, getting caught by a caution when you’re pitting, things like that,” he said.

This is even despite the fact that his car failed the post-race inspection; however, this was only at the lowest levels of rear alignment measurements—nothing that would disqualify him from using his win to advance.

Vehicle Warning Lights: What they mean and whether you should be worried