The whole Nissan lineup is pretty cool, but if we’re all being honest we drool the most over the brand’s performance vehicles like the GT-R. If you think the way we do, you’ll be excited to know that there is a new design to feast your eyes on: the Nissan GT-R50 by Italdesign.

This bold vehicle just made its debut at the Goodwood Festival of Speed with Nissan factory GT3 racers Lucas Ordóñez and Alex Buncombe on hand to help it tackle the legendary hill on the grounds of Goodwood House in England. It is the first collaboration between Italdesign and Nissan, and the Nissan GT-R50 reportedly celebrates the upcoming fiftieth anniversary of the GT-R in 2019 and the fortieth of Italdesign. 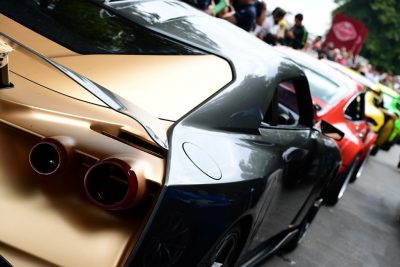 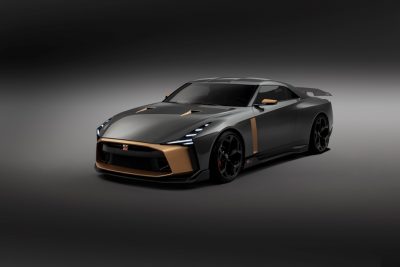 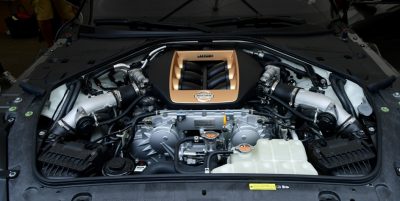 While many cars Nissan sends out to events like this are vehicles that will never see production, the automaker dropped a hint in its press release that the Nissan GT-R50 might be offered as a special edition vehicle, calling it a prototype that could be an example of what’s to come. If the Nissan GT-R50 were to hit the real roads of the world it would be assembled by hand to match its infamous hand-built engine. Nissan also said that if it sold the GT-R50 to consumers, only 50 would be available and each build would be tailored to its buyer. Of course, quality like that has a steep cost, with estimates of a starting price starting at €900,000.

After its time at Goodwood, the Nissan GT-R50 by Italdesign is heading out for more appearances around the globe to see how interested the public really is in it. That means if we’re all good little boys and girls and cheer it along, perhaps we’ll get our wish for Nissan to build GT-R50 vehicles for us to take home.