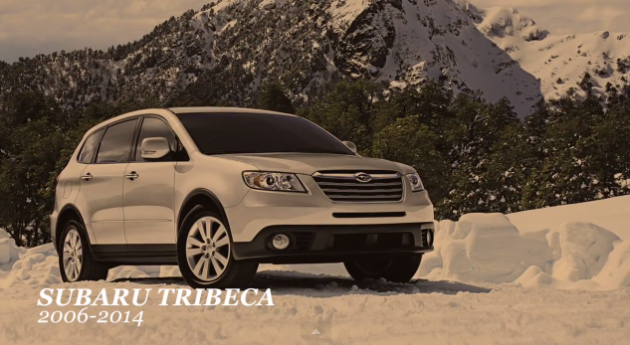 Grab a box of tissues: it’s time for The News Wheel’s In Memoriam video, paying tribute to the cars we lost in 2014

To paraphrase Boyz II Men, it’s so hard to say goodbye… except to you, Nissan Cube. Actually, since we’re talking cars here, maybe the R&B quartet’s “End of the Road” would be a more apt ballad to quote. Regardless, the point is that we poured some out in the last twelve months for several automobiles that called 2014 their final model year. Here’s a look back at the vans, SUVs, and cars we lost in 2014:

The range in ages was pretty impressive. Ford E-Series vans, which debuted way back in 1961, ended a long, full life of 53 years to make way for the Ford Transit. On the opposite end of the spectrum is Nissan’s Murano CrossCabriolet (2011-2014), which, after a few short years, “died as it lived: with a sideways glance, a slightly agape mouth, and ultimately a shrug of the shoulders.” CrossCabriolet, we hardly knew ye.

Speaking of Nissan models that bit the dust this year; the boxy, ugly punching bag that was the Nissan Cube (1998-2014) is gone now – so you don’t have the Cube to kick around anymore, because, gentlemen, this is its last model year.

Yes, it’s sad stuff, we know. But take comfort in knowing that these departures are all part of the automotive circle of life. Many of these discontinued vehicles have or will make way for newer and hopefully superior models. Just a few days ago, we got news that the Tribeca’s replacement might be debuting as soon as 2015. So weep not for the dead; but take heart in what the future holds.