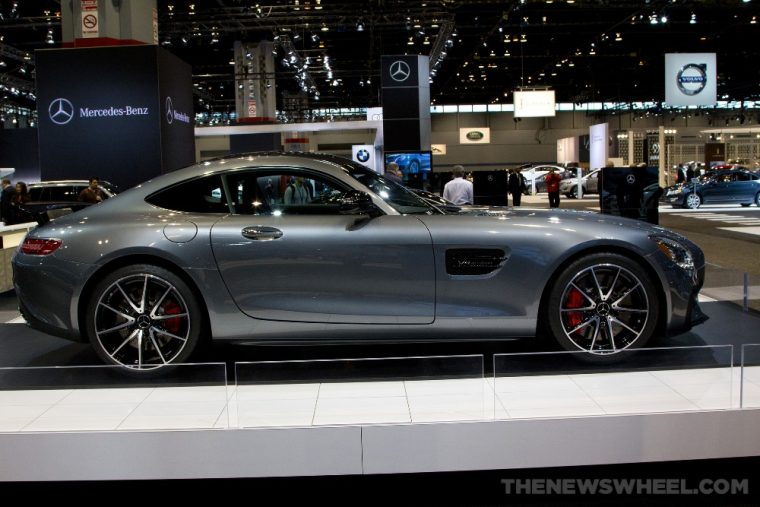 There were 1,511 Mercedes-AMG high-performance models sold last month in the United States

Through the first nine months of 2016, Mercedes-Benz has sold more vehicles than any other luxury brand this year in the US. The German automaker has moved a total 249,204 units, which is approximately 19,000 more vehicles than what rival automaker BMW has sold during the same time period.

BMW has earned the luxury-sales crown the last two years, but is currently in third-place so far this year, trailing both Mercedes and Lexus. Toyota’s luxury division has sold a total 236,193 vehicles through the first three quarters, while BMW has delivered 230,133 automobiles.

Last month alone, Mercedes sold 29,500 of its luxury models in the states, which set a record for the most vehicles the company has ever sold during September. Those sales figures accounted for a 1.7% increase over last year’s September totals. The best-selling model in the US last month was the C-Class with 6,600 units moved. It was followed by the GLC and E-Class vehicles, which delivered 4,873 and 4,824 units, respectively.

Some people might be surprised that Mercedes-Benz has been able to sell more cars than BMW so far this year, despite the fact that it’s offering fewer incentives than its German rival. Automotive News reported that BMW has increased incentive spending by 44% over what it was offering at this time just a year ago, while Mercedes-Benz has actually lowered incentive spending by 9.3%.

“Record third quarter results were fueled by several best-ever months,” said President and CEO of MBUSA Dietmar Exler. “We expect this momentum to carry us into the final quarter, with continued strong performance in SUVs and dream cars.”