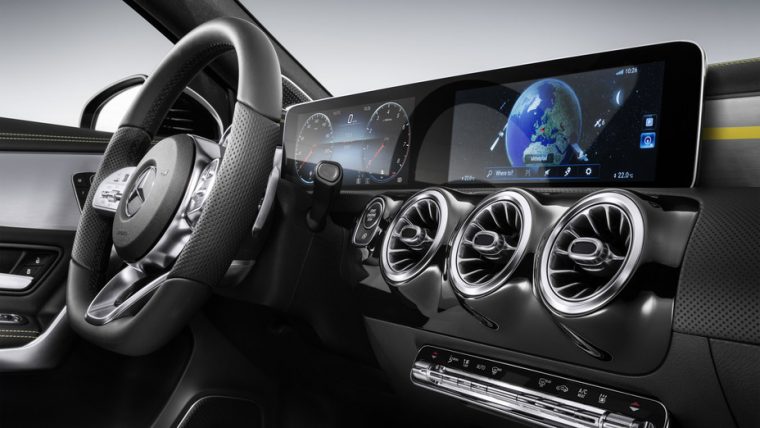 The Consumer Electronics Show (CES 2018), set to open tomorrow and run until the 12th in Las Vegas, will be host to a major, technological world debut from the luxury automaker Mercedes-Benz.

Scheduled to be unveiled tomorrow at CES, the “completely new infotainment system” – the innovative Mercedes-Benz User Experience (MBUX), is “based on artificial intelligence and an intuitive operating system,” reports Mercedes-Benz.

This totally new tech, designed to elevate the in-car experience, will be included as a standard feature in the “next car generation,” possibly in 2018, according to Mercedes-Benz.

Auto enthusiasts and guests of CES 2018 will also be privy to the Mercedes-AMG Project One show cars, the Concept EQA, and smart vision EQ fortwo.

The Mercedes-Benz AMG Project One two-seater sports car was introduced to the automotive community at the International Motor Show (IAA); the intense hybrid is equipped with “one turbo engine and four electric motors” mated to an eight-speed manual transmission to accelerate to speeds greater than 350 km/h, reports Mercedes-Benz.

“Las Vegas is also the final stop of the “Intelligent World Drive”, with which Mercedes-Benz has tested automated drive functions on all five continents. This has enabled the experts to gather information from all over the globe in real traffic conditions in order to adapt future automated and autonomous driving functions to the country-specific user and traffic situations,” according to Mercedes-Benz. “The automated test drives in the greater Los Angeles area, and subsequently at the CES in Las Vegas, concentrated on the assessment of driving behavior in dense city traffic and on highways.”