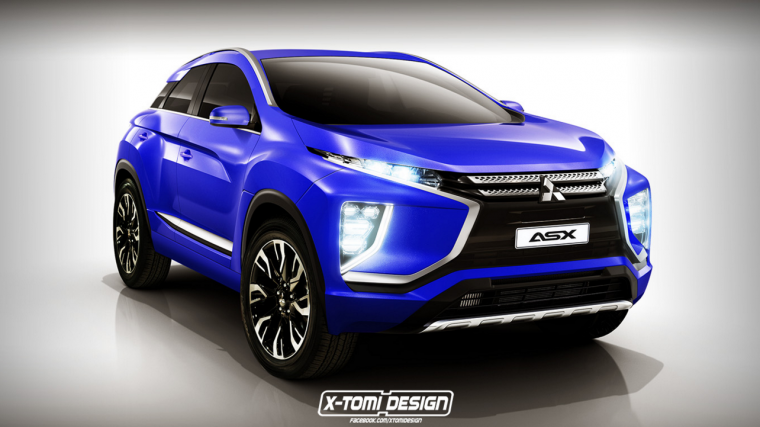 X-Tomi Designs have created a rendering of the Mitsubishi ASX with styling influences from the new eX Concept car
Photo: X-Tomi Designs

In the global market, the Mitsubishi ASX makes a splash all on its own—but we think it could be even more successful if it looked more like the new Mitsubishi eX concept car we mentioned earlier this week. It could even be the most successful car in its class.

Rumor Has It: A Mitsubishi Evo crossover model could be coming

We finally got a glimpse at what the Mitsubishi ASX would look like if it had a taste of the eX concept’s styling, thanks to X-Tomi Design. With a high hood line, visor-like headlights, and a stylish upper grille, the rendering of this crossover is modern and imposing. This crossover is truly a standout—one that we would love to see out on the road.

A floating C-Pillar design adds a twist to the design, giving the rendering a unique touch. There’s no denying that if the ASX looked like this in real life, the crossover’s sales would be absolutely off the charts.