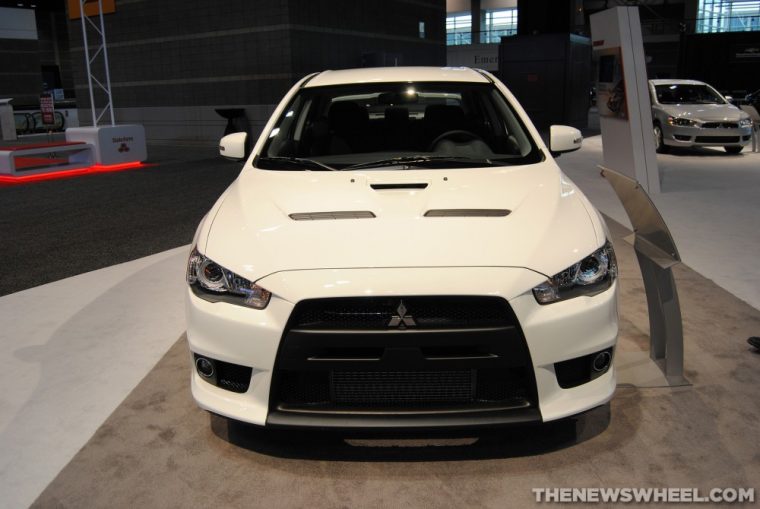 When Mitsubishi announced it would discontinue the Lancer Evolution, fans around the world sighed in disappointment, and when Mitsubishi began to show signs of a reemergence after Nissan bought a controlling stake in the company, many wondered if it would lead to the return of the beloved Evo badge.

According to Trevor Mann, Mitsubishi’s global boss, their hopes will be fulfilled…just not anytime soon, and possibly not in the form of a sedan.

“I would say [a new performance model] it is long-term rather than mid-term,” he told Australia’s Motoring. “It will be between three years and six years.”

Mann described a vision for a new “halo” vehicle that would bear the Evo badge, but implied it could be based on an SUV rather than a sedan. How the Lancer Evo could be spiritually succeeded by a SUV is anyone’s guess, but Mann seems committed to the idea of a sporty future for the brand, including where motorsports are concerned.

Thanks to the Lancer Evolution, Mitsubishi has a rich and successful rally heritage. Mann said the automaker is discussing returning to motorsports in part because of that heritage and in part because it has the technology to do it. Mitsubishi has already been approached by the Australian Supercars Championship to run in the new SuperUtes category.

Nonetheless, it’s difficult to imagine a proper successor to the Evo that isn’t a sports car. But the automotive market is going the way of SUVs and crossovers, and it seems Mitsubishi is happy to follow suit.

Related: Why you should buy an SUV