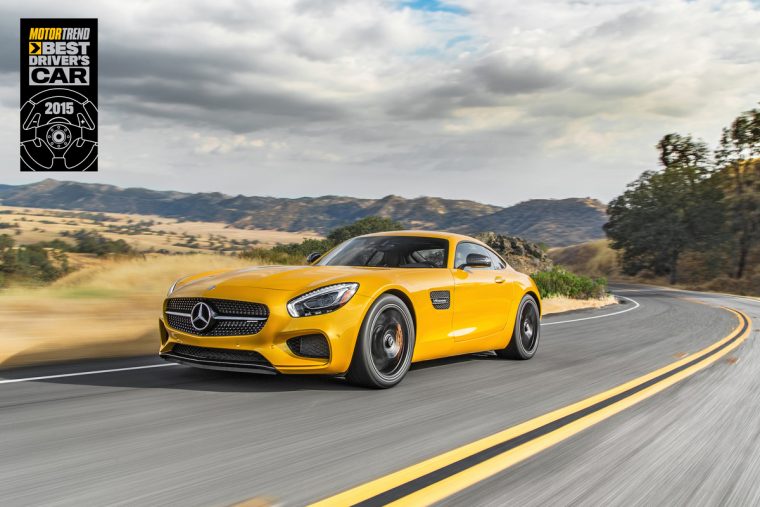 Luxury automaker Mercedes-Benz today announced that Motor Trend chose the 2016 Mercedes-AMG GT S as its 2015 Best Driver’s Car. This isn’t a title that comes easy. Motor Trend pushes contenders to the limit on the track during Best Driver’s Car Week before ultimately deciding upon a winner. This year’s contenders, including the GT S, were taken to Mazda Raceway Laguna Seca—as well as everyday roads—to battle it out for the title.

“The Mercedes-AMG GT S has the sharpest, most precise steering we have ever felt on any Mercedes or AMG vehicle,” commented Motor Trend editor-in-chief Ed Loh. “It makes massive power from a compact, high-tech turbocharged V-8 engine. What most impressed my team is how well the GT S was able to combine these elements. It put all 503 of its horsepower to the ground like an all-wheel-drive supercar and gripped the road through high-speed corners like a winged racer.”

But it wasn’t just about the feel of the driving experience. Motor Trend editors analyzed real performance data gathered at the track to determine the ultimate driver’s car.

The Best Driver’s Car competition has been around since 2009 and extends over six days. This year, the 2016 Mercedes-AMG GT S took on some stiff competition:

Of this competition, Loh commented, “Our 2015 Best Driver’s Car competition saw the return of some true legends, including a 650-hp Corvette Z06; the fourth-generation definition of lightweight driving fun, the Mazda MX-5; and latest, greatest version of a previous winner, the Porsche Cayman GT4. But the newcomer Mercedes-AMG GT S bested them all with its combination of breathtaking power, endless grip, and soul-stirring handling. Congratulations to the Mercedes-AMG GT S, Motor Trend’s Best Driver’s Car for 2015.” 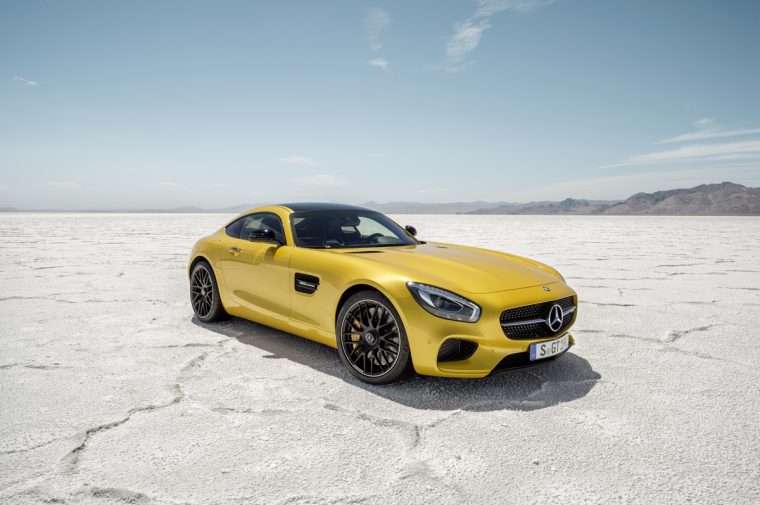 The competition was no match for the AMG GT S

Side note: please notice the absence of any comments about Volkswagen’s offering. With good reason.