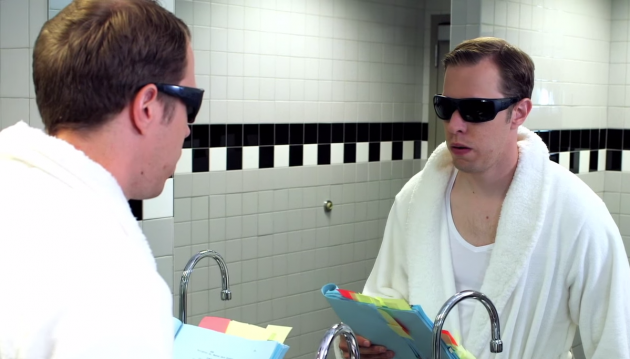 Brad Keselowski is known as one of the most annoying drivers in NASCAR–just ask former champions Jeff Gordon and Matt Kenseth who have both brawled with him after races–but now Keselowski is playing into that annoying persona more than ever by releasing a social media video hyping up his cameo in the new Sharknado 3 movie.

“When my team of agents first brought me the script, my team of assistants read it to me,” Keselowski said jokingly while trying to took like a serious actor. “It tormented me.” 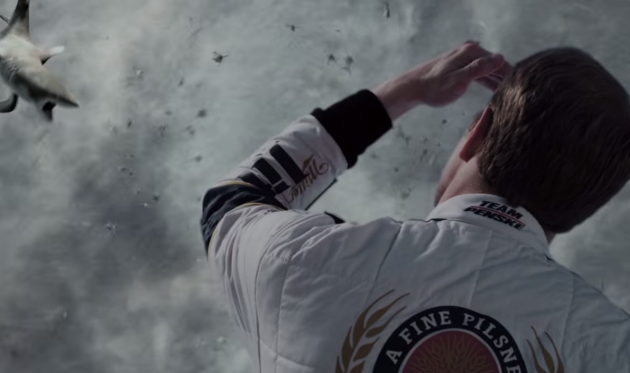 Watch out Brad, it’s coming right for you!
Photo: NASCAR via YouTube

The video goes on to show Keselowski rehearsing his one line, “Oh hell no,” over and over again in the mirror, while his assistant turns to the camera and says Keselowski is exploring the character. To be clear, the Sharknado franchise is known for its horrible acting, which many people might find very funny–so Keselowski really can’t be faulted for this video, though he can be faulted for the one where he gave a drunk interview to SportsCenter. The drunkenness can be seen below:

Okay, so maybe he wasn’t exactly wasted, but he just won the championship and that huge Miller Lite had him feeling pretty good. This season has been up and down for Keselowski. He won earlier this season at California, but is only 7th in the overall point standings.

Maybe his cameo in Sharknado 3 and this ridiculous video help turn his luck around:

Fuel For Thought: Summer Car Care Tips to Keep You Cool When the Weather is Hot