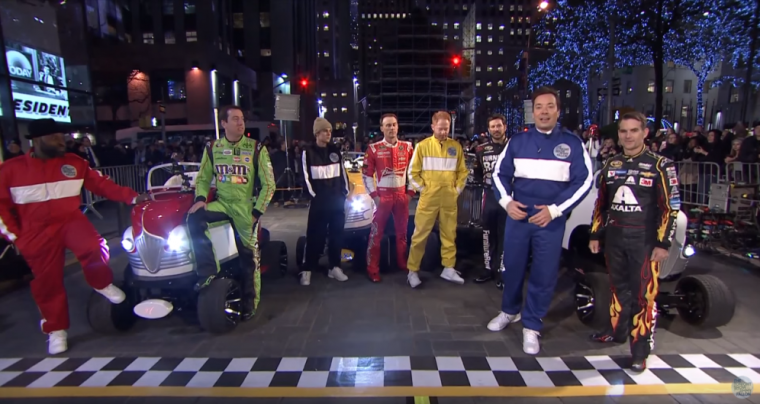 The NASCAR Sprint Cup season draws to a close this Sunday at the Ford EcoBoost 400 in Miami. To celebrate the end of the season (and the race’s broadcast on NBC), The Tonight Show decided to host a little race of their own.

The Tonight Show NASCAR 500 race was held last night in Rockefeller Plaza, and the four racers in the running for the real NASCAR Sprint Cup stopped by to join in the fun. There were two teams, and each team had two NASCAR drivers and two celebrities to complete a relay race.

The cars held a driver and a passenger, and the driver had to weave through cones to one end of the track. Once at the end, the driver would switch places with the passenger without getting out of the car, and the new driver would weave between cones back to the start. Once the first pair crossed the line, the second car would take off. 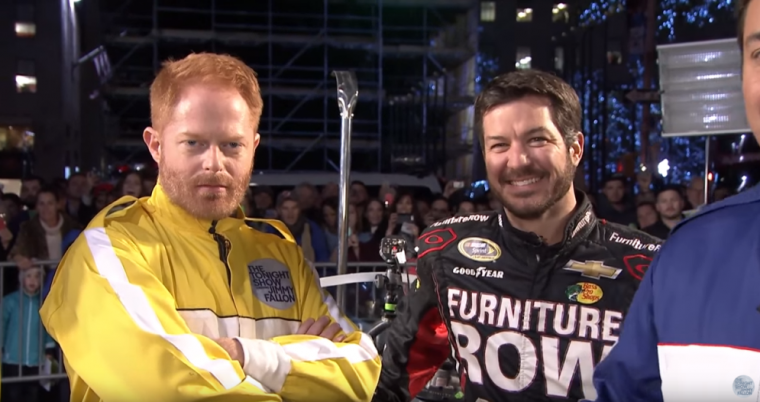 Needless to say, the race was hilarious. Team Tariq was victorious in the end, but I choose to believe it’s because Justin Bieber had more hysterically screaming fangirls on his side (and more TV racing experience). Jesse Tyler Ferguson dragging a row of cones under the front of his race car also didn’t do Team Jimmy any favors.

The Ford EcoBoost 400 will air this Sunday on your local NBC station starting at 1:30pm. With three members of Team Chevy racing for the championship, there’s a good chance we’ll see a bowtie in the winner’s circle.