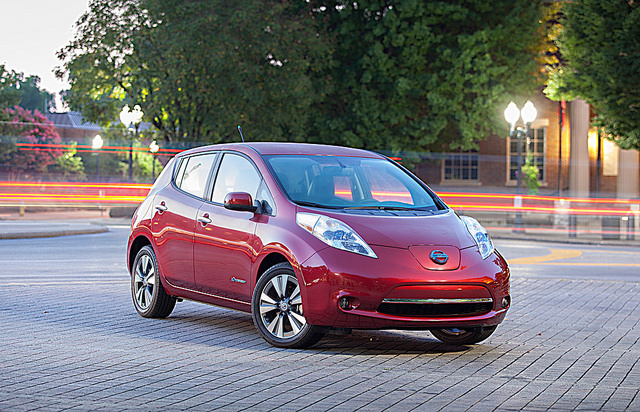 We may see a longer-range Nissan LEAF in the future.

As the technology in the electric vehicle segment continues to advance, so do the demands for a car with more range. Luckily for those consumers who want a longer range battery, Nissan just announced some good and bad news. The good news? The Japanese carmaker is currently developing a longer-range Nissan LEAF. The bad news? It’s not likely to arrive on the market until 2016 or 2017.

According to Andy Palmer, Nissan’s product chief, the topic of enhancing the LEAF’s range is part of an “intense internal debate” at the company, with two different sides. One side believes that the 2014 LEAF’s current range (84 miles) is plenty for the majority of consumers, while others think that more consumers would be interested in the LEAF if its range was in the triple digits.
Because we’ve already gotten a glimpse at the Canadian version of the 2014 Nissan LEAF (the only big change was in the selection of paint colors), this means that the earliest this higher-range battery could be available is 2016. Currently, the LEAF boasts a 24-kWh battery pack. With a slightly higher kWh, the tiny electric car could easily get triple digits.

The EV has already been successful, but a new providing for a longer-range Nissan LEAF could make it even more popular. What do you think?