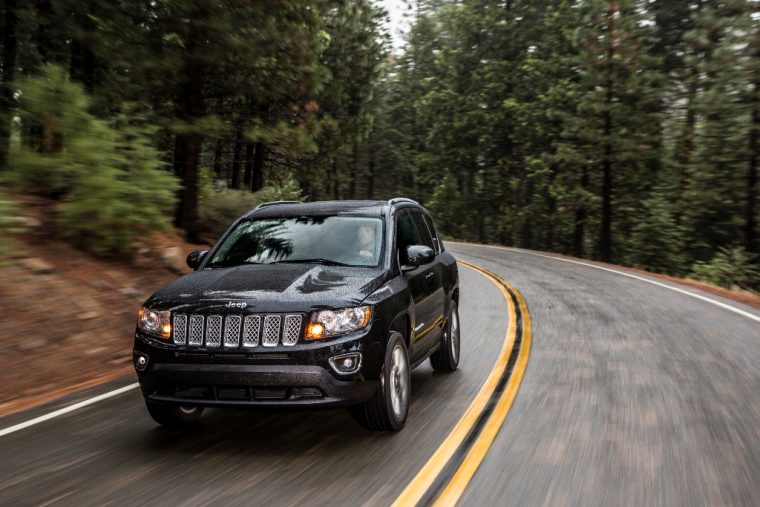 Jeep’s new compact SUV, which will replace the Compass (pictured) and Patriot models, will debut in the US in the fall

Every Jeep lover’s dreams will come true in the fall. Why, do you ask? Because Jeep is planning on unveiling its new compact SUV at that time.

In an interview with an Australian news outlet, Jeep brand head Mike Manley stated that the new Jeep compact SUV will make its world debut in Brazil during the third quarter, and will arrive in the United States later in the fall.

The Future of Jeep: Check out the Jeep concepts that debuted during the Jeep Easter Safari

Jeep is planning to assemble the new model at various plants around the world. This includes Pernambuco, Brazil for distribution in South and Central America. The model will also be assembled in Toluca, Mexico for North America, which is surprising since many industry experts expected the compact SUV to be assembled at the Belvidere, Illinois plant that houses Compass and Patriot production.

Testing for model production is meant to begin next month in Toluca, which is already home to Dodge Journey and Fiat 500 production. The vehicle will then enter full production on February 1, 2017 in Toluca, while the Compass and Patriot will disappear from showrooms after December 31, 2016.

Got a Dent? Learn how to fix car dents with ease

This new model is meant to replace both the Compass and Patriot models, causing many people to refer to it as the “Compatriot.” While there is little information out there about it, we do know that the unnamed vehicle will have a similar platform to the Renegade. It will eventually have a more rugged Trailhawk version in the future, and will likely offer a 2.0-liter four-cylinder turbo engine. This engine will be connected to a standard six-speed manual transmission, but will also be available with a nine-speed automatic.