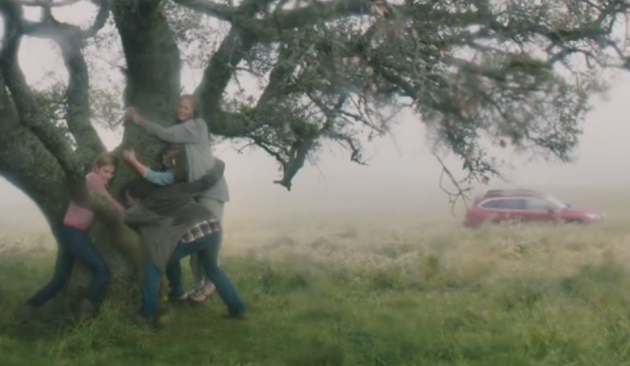 Still from the ad “Memory Lane,” part of the new Subaru ad campaign for the 2015 Outback

Subaru is plugging the new 2015 Subaru Outback with two television commercials, “Bison” (below) and “Memory Lane” (also below).  Both are directed by Lost in Translation and Being John Malkovich cinematographer Lance Acord (with a name like “Acord,” it seems like this guy should work for Honda, am I right?!?). They were created by ad agency Carmichael Lynch, and focus on the crossover’s ability to “go anywhere,” while still using Subaru’s “Love” tagline (“Love: It’s what makes a Subaru a Subaru”).

The first ad plays on the common trope of the kid who frustrates his father by continually burying his face in a mobile device rather than paying attention to the great outdoors (when will dads in tv ads learn to stop buying their kids smart phones?) Finally, when a real-life bison walks up to the kid’s window – presumably to compare high scores on Candy Crush – he starts paying attention to the world around him. 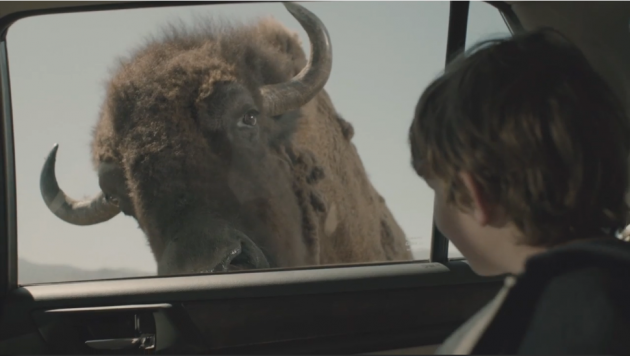 The “Bison” ad touts the 2015 Outback as the most fuel efficient crossover in America (25 mpg in the city, 33 mpg on the highway), so perhaps it has an environmentalist appeal that explains the literal tree hugging which occurs in the second ad, entitled “Memory Lane.” In it, an aging and oversharing hippie revisits Woodstock, New York, with her son, daughter-in-law and young granddaughter. She recounts ziplining naked with a man in Belize, tells her granddaughter that she can talk to cats, and generally does her best to ensure that the young girl will grow up to be a flake. 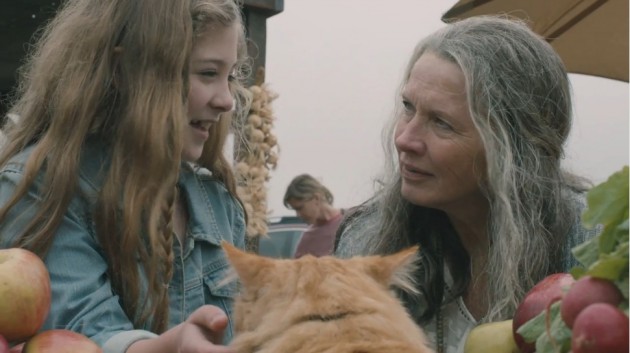 Girl: “Can you really talk to cats?” Crazy Grandmother: “Of course!”

The ad takes an emotional turn when she shows her granddaughter the tree where she met the girl’s grandfather. The girl hugs the tree, and soon the whole family follows suit (and I like to imagine that afterwards she elaborates, “You see, I had dropped some bad acid, and was coming down pretty hard in the same tent as your grandfather, God rest his soul…”).