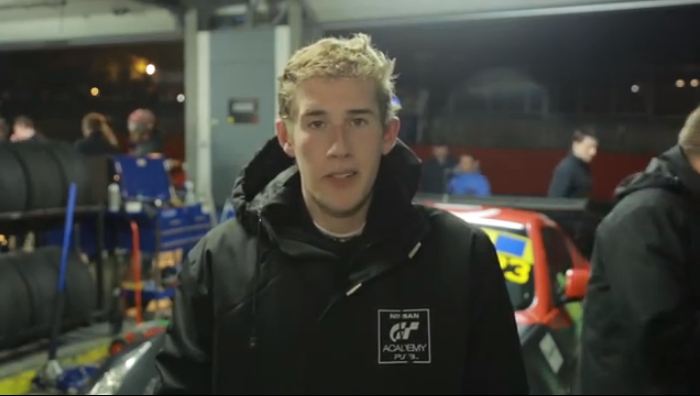 The third season of Nissan GT Academy has drawn to a close and with it has issues forth a new soon-to-be world champion (fingers crossed): motorcrosser Nick McMillen, a twenty-year-old with a big dream, became the season’s victor. McMillen earned the crown after the final live race in which he beat out three tough competitors, with a last-lap pass to claim the title.

In the third season, nearly 40,000 hopefuls attempted to turn their love of video game racing into a fully realized racing career. Nick McMillen managed to beat them all out—all while maintaining good spirits and good sportsmanship. (Seriously, the guy is an absolute gentleman; just check him out in the video diary below.)

McMillen and other winners (from Europe, Russia, Germany, South Africa, and the Middle East) will go through an intense program to hone their skills before attempting to qualify for a season of racing the coveted Nissan GT-R GT3 Nismo in an international championship. Already, Nick has taken off to the U.K. to begin training with Nismo athletes like himself to earn his International Endurance license.

We expect big things from Nick McMillen, so remember the name. And be sure to check out the whole season of Nissan GT Academy on Spike TV’s website.