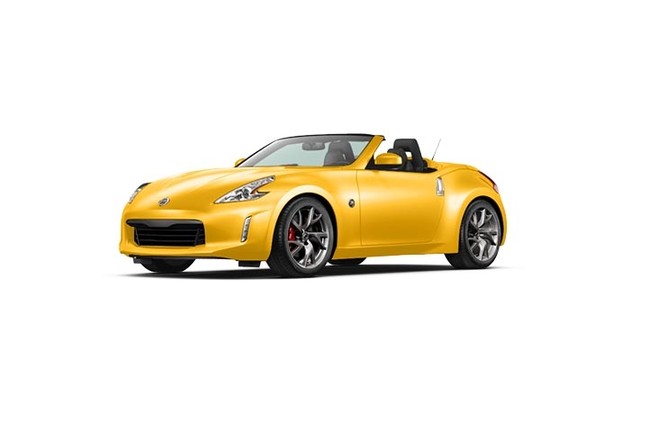 The Nissan 370Z Roadster is a driving superstar according to the Southern Automotive Media Association (SAMA), who just deemed the vehicle “Best Performance Roadster” at its annual “Topless in Miami” occasion.

According to Nissan, more than 24 vehicles were judged in different categories at the event and the iconic 370Z Roadster was singled out by SAMA for its “styling, the ease of its convertible top operation, its quietness, and of course, its performance.”

Jaime Florez, SAMA president, remarked that, “Since it returned to the market over a decade ago, the 370Z has been a fine example of what a sports car is all about – comfort, fun, and an exhilarating driving performance in one package. It is always a popular entry among our members, who have recognized it as best in its class twice in the seven years of competition.”

Three trims are available for the 370Z Roadster: the base model, 370Z Roadster Touring, and 370Z Roadster Touring Sport. The Roadster generates 332 horsepower due to its 3.7-liter DOHC V6 engine with Variable Valve Event and Lift Control (VVEL). Drivers have the choice to mate this fierce engine with a six-speed close-ratio manual transmission with available SynchroRev Match® or an electronically controlled seven-speed automatic transmission with Downshift Rev Matching (DRM) and standard paddle shifters.

The convertible top of the 370Z Roadster is highly regarded because it “features an easy, single-action open-close operation” and 20 seconds is all the time needed for the power top to go down.

According to Nissan, the Roadster’s interior is engineered and sports a “three-layer design philosophy” to serve drivers so they feel completely in control and connected while on the road. Plus, trunk space is not sacrificed in the Roadster due to its “smartly designed convertible top.”