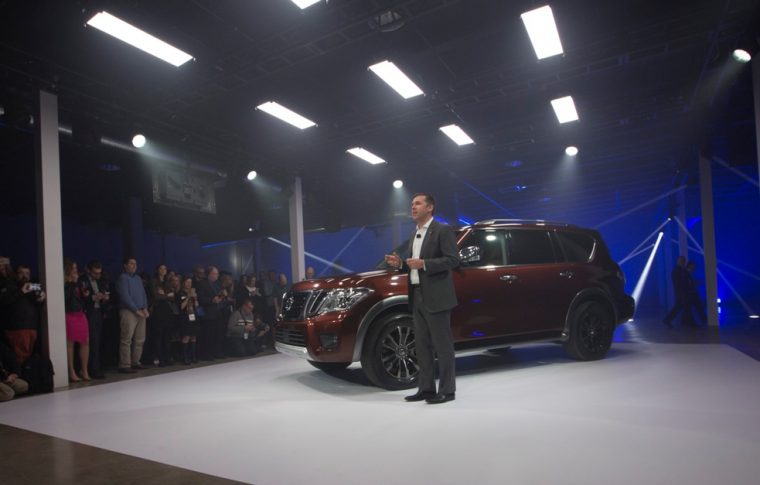 The latest generation of the Nissan Armada, a behemoth of an SUV, was unveiled Wednesday night at the Chicago Auto Show before the wave of press conferences began on Thursday morning. Prepared for the 2017 model year, the Armada has a refreshed interior and exterior that is ready for adventure, even if you have a large crew to bring along. This latest redesign of the largest SUV Nissan offers is also the last part of a complete refresh of the entire Nissan crossover and SUV lineup.

Shopping for Something Smaller? Consider the compact 2016 Nissan Juke

Bringing Home The Gold: Check out the awards the new Nissan Titan XD is bringing home

Under the hood, a new 390-horsepower 5.6-liter Endurance V8 engine and seven-speed automatic transmission are ready to move the vehicle forward. According to Nissan, the goal is to have this new ride on dealership lots by summer 2016.

The new Nissan Armada will be on display at the Chicago Auto Show next to the three Nissan Winter Warrior Concepts that are equipped with snow tracks to take on the next historic blizzard.

The News Wheel is live tweeting, Instagramming, Facebooking, and more from the 2016 Chicago Auto Show. Follow The News Wheel on social media to stay up-to-date on CAS 2016 happenings and perhaps catch a closer look at this new model.