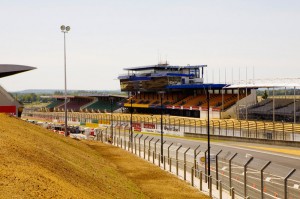 The GT Academy has become a major player in the Nissan Le Mans story. The Le Mans, the oldest sports car race in endurance racing, has been held each year since 1923. Lucas Ordonez, winner of the first GT academy competition in 2008, also took a podium finish in the 2011 race.

That year, Nissan invited 12 of the finalists in the Le Mans from the 2011 GT Academy competition to show them where the victory could take them. One of the finalists, Jann Mardenborough, won the GT academy and now this year is back at Le Mans to race.

After such success, it was no surprise when at the beginning of this year, Jann announced he would compete at this year’s Le Man’s race.

“In the last two years my life has changed beyond recognition,” said Mardenbourough. “To be here at Le Mans, racing against drivers I watch on TV is an incredible feeling. I can’t wait for the race now so that I can back out there. The Mulsanne Straight, the Porsche Curves…it is all as good as everyone said it would be.”

After a test day, all fifteen of the Nissan cars will compete in the Le Mans in a few days time, ready for the challenges that await them.

Brought to you by Wilkes Nissan located in Wilkesboro, NC