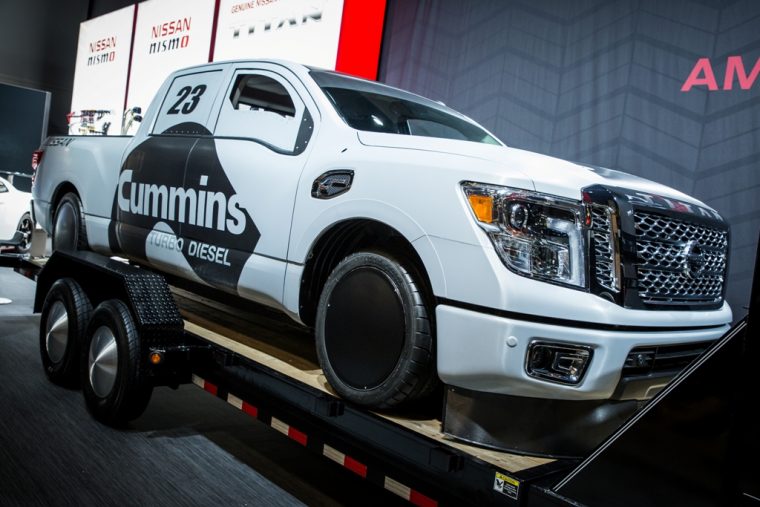 It seems that the only thing that Nissan enjoys more than ambiguously teasing vehicles is revealing them. So, it was with great relish that Nissan revealed the offhandedly-mentioned Cummins® Project TITAN XD at the SEMA show: Project Triple Nickel (the name is a reference to the stock truck’s 555 lb-ft of torque).

Pierre Loing, vice president, Product Planning, Nissan North America, Inc. said, “Land speed record racing is one of the most intriguing and difficult forms of motorsport, and what we learn from this undertaking will be beneficial to all as TITAN is continuously developed.”

Both companies have histories in chasing land speed records, with Cummins vehicles racing all the way back in 1931, and Nissan’s “Hardbody” compact pickup breaking records in 1994.