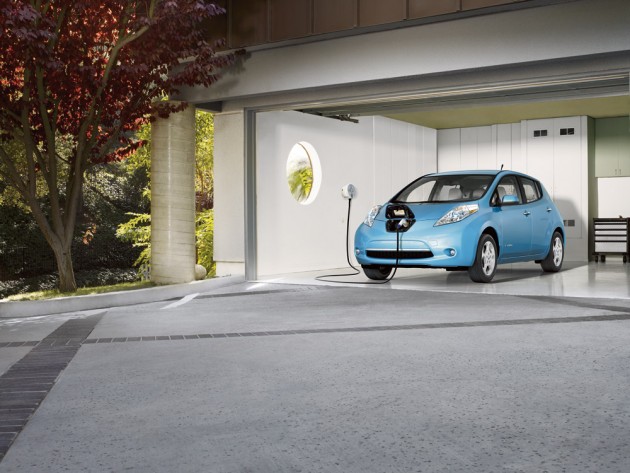 Nissan has been tight-lipped about the upcoming 2016 Nissan LEAF. Even though many car manufacturers have been releasing details (and 2016 model years) of their new cars, Nissan hasn’t been saying anything about its next version of its all-electric vehicle. In a recent press release on changes for its 2016 lineup, under the LEAF, Nissan only wrote, “Details on the 2016 LEAF will be available later in the year.”

That is not very helpful.

However, one Nissan dealership in Indiana has possibly leaked the first information on the 2016 LEAF. On the dealership website, the Nissan dealer wrote that the new LEAF will come with a choice of two different batteries: the current 84-mile range battery on standard models, and an improved battery on higher trims with up to 25% increased capacity, or up to 110 miles.

Unfortunately, this is not a definite statement of the new LEAF’s battery range, due to the dealer’s “as much as 25%” language. However, the dealer did confirm that there will be a new battery for higher trim levels with an increased range (even if this increase is not yet definite).