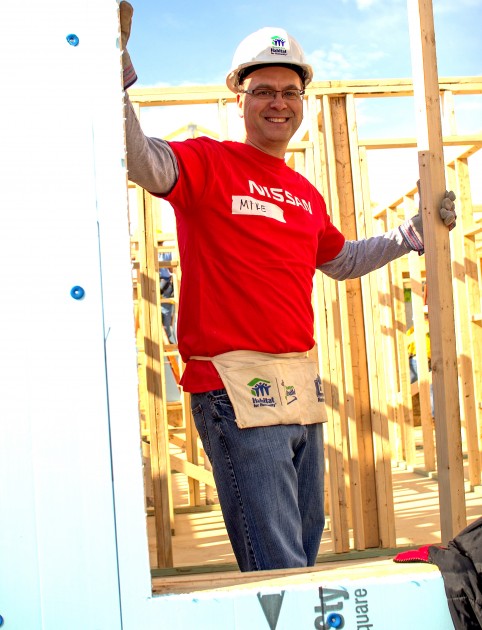 Nissan has pledged $1 million to Habitat for Humanity to help in its efforts to help enrich the lives of people in need of suitable shelter.

Nissan’s most recent donation to the organization—which has constructed or refurbished more than four million homes since 1976—brings the automaker’s total contributions to Habitat for Humanity since 2005 to a whopping $11.6 million. The partnership between Nissan and Habitat for Humanity was born out of the automaker’s urge to get involved in the recovery efforts that followed Hurricane Katrina; after the 2005 disaster, Nissan donated 50 Titan trucks to Habitat and sent employees down to the Gulf Coast to help with construction of homes for the displaced.

In nine years, Nissan employees have tallied more than 70,000 hours of volunteerism with Habitat for Humanity.

“With Habitat, Nissan has a broader platform through which we can support the communities where our customers, dealers and employees live, carrying out our corporate vision to enrich people’s lives,” said Nissan senior vice president Scott Becker. “And as Habitat volunteers, our employees can engage directly in addressing local needs for affordable housing by making personal commitments of their time and effort on Habitat home builds.”

More from Nissan: Actor Robert Llewellyn Pushes the Nissan LEAF to its Limit

In addition to the $1 million donation, which also includes four Nissan NV commercial vehicles or Frontier trucks to Habitat affiliates who are committed to sustainable construction practices, Nissan is pledging more volunteer efforts to projects in the following markets:

Nissan will also join Habitat for Humanity next month during the 31st Jimmy and Rosalynn Carter Work Project, which will run October 5-11.