Nissan Foresees Higher Prices in Wake of US Tariffs 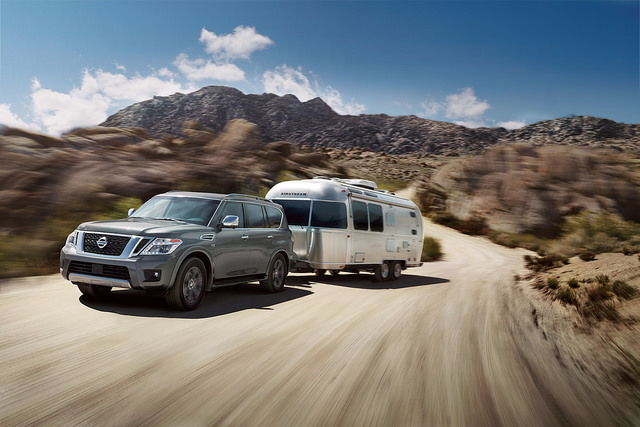 Trade tensions are on the rise in the world, and in the U.S.’ automotive sector it’s driving up the cost of not only importing parts or vehicles but the materials needed to build them. In response, car manufacturers like Nissan are warning both politicians and the public that if the current tariff wars don’t end soon the prices of cars will probably rise and slow the industry.

Before America’s trade disputes even started, Nissan and other manufacturers were seeing a sales slowdown. Thanks to the foresight of Renault-Nissan-Mitsubishi Alliance boss Carlos Ghosn, it seems as if Nissan is taking that situation in stride. However, it was unprepared for the bite that the cost of aluminum and steel would take out of its profit margins. According to The Wall Street Journal, increased prices for metal caused of over half of Nissan’s year-over-year decline in profits. Nissan’s not alone in this situation, as even American car manufacturers Ford and GM also reported lower profits thanks to commodity prices.

What is frustrating to Nissan, though, is that it is trying to do everything to prevent this. The U.S. government’s goal is for the tariffs to protect American production from undercutting foreign rivals. Nissan’s plants in the United States made sure to buy almost all of their metals and raw materials locally to save money and support nearby companies. However, investors have driven the costs of the raw materials in America upwards because they knew the tariffs were coming.

Nissan is modifying its strategy to deal with the changing automotive world, but it warns that things can only get worse if the trade situation does not stabilize soon.  If the conflicts continue to escalate, especially between the U.S. and Asia, Nissan warns that the cars American want most might suffer. For example, while the Nissan builds the Rogue in America, plant capacity can’t keep up with the high demand. This means that Nissan North America has to import some of its inventory from a plant in Japan and it could be targeted by new trade measures.

When speaking to the press, Nissan Corporate Vice President Joji Tagawa commented that if tariffs move from general materials to automotive products, Nissan will have to take drastic action. Car prices would be the most obvious change, with imported car prices rising by about $6,000 on average. Even with price increases, Nissan has doubts that it will be able to recoup tariff costs. The international brand might instead focus its best efforts on China, a growing market more friendly to international trade.

The most important thing that the US can do moving forward is to decide what its trade position is. What Nissan and its fellow automakers crave is certainty so that they can decide what to do next.