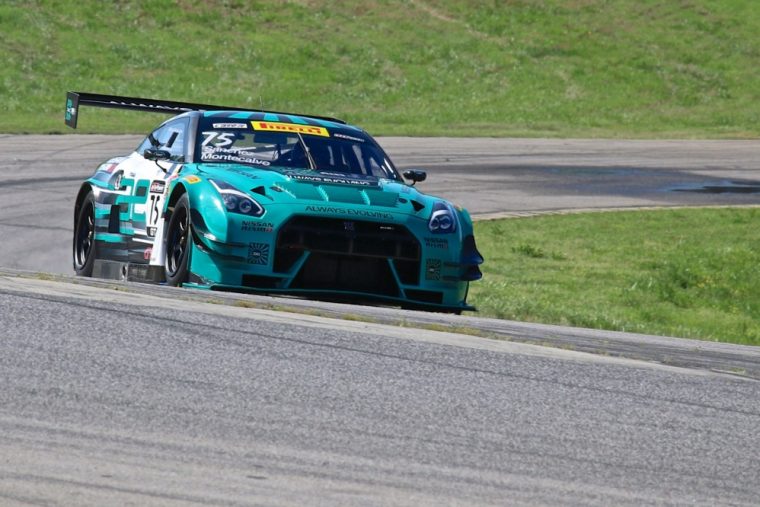 Nissan has quite a unique way to acquire new drivers for its race teams. While it does hire drivers the traditional way, the automaker also holds competitions for video game drivers to see if they have what it takes to be a true racecar driver. The competition is called the GT Academy, and winners of the championship are given a chance to race on real teams for Nissan. One of these winners is Mexican driver Ricardo Sanchez, and this weekend he drove in North America for his first time since conquering the competition.

Ricardo Sanchez calls Toluca, Mexico, home, and won the 2014 Nissan PlayStation GT Academy International competition. That year the series featured 27 competitors from all over the world, with Sanchez emerging victorious after a set of grueling races and challenges put forth by Nissan.

According to Sanchez, he was relieved to come to the Virginia International Raceway for the Pirelli World Challenge. Since his win he has been racing in Europe, which has created problems with jetlag for him. When he drives in the US, however, the time zone is usually only about one or two hours different from where he lives so the transition is much easier.

This weekend Ricardo Sanchez climbed in behind the wheel of a NISMO GT-R GT3 Racecar for the Always Evolving/AIM Autosport team with American Frankie Montecalvo. After struggling a bit yesterday in Race One, the team was able to bring home P4 in the PRO/AM class today and P18 overall. We cannot wait to see Sanchez race more in North America and see what he is capable of.