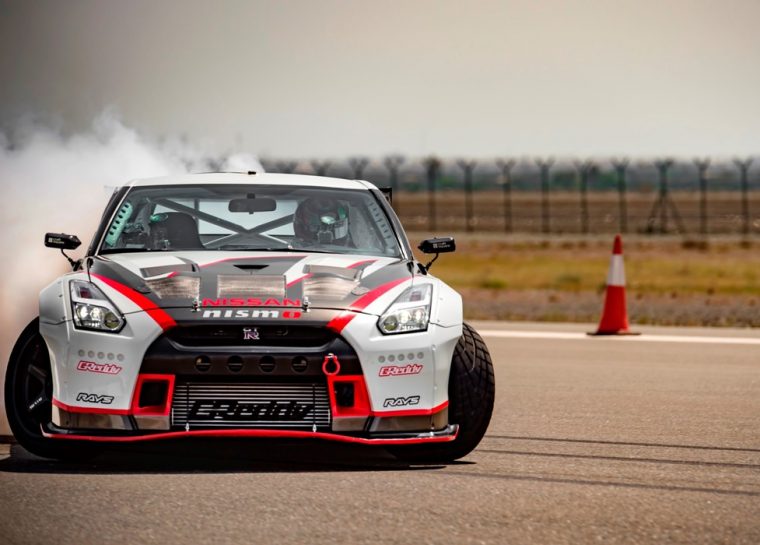 Nissan takes drifting very seriously. Japan was one of the first countries to fully embrace drifting as a sport instead of a driving error, and the drift culture is strong enough for it to warrant its own installment in The Fast and the Furious franchise. The automaker wasn’t happy enough with being good at drifting, however. It wanted to be the best. That led the Nissan team to create a Nissan GT-R absolutely perfect for drifting with the goal of breaking the Guinness World Record for the fastest drift held by Poland’s Jakub Przygoński.

To take a run at the title, the Nissan team in Japan took the 2016 Nissan GT-R and tuned it especially for the task. The automaker tested the new car in Japan at the Fuji Speedway, and teamed up with GReddy Trust to produce the ultimate drifter. That meant increasing the horsepower to 1380, as well as changing the powertrain from the standard all-wheel drive to rear-wheel drive.

Unfortunately, when it came to actually breaking the record, there was not a facility that offered the desired conditions for breaking the world record in Japan. Nissan looked around the world and settled on the Fujairah International Airport in the UAE. Its airstrip is about 3 km long, offering plenty of space for the GT-R to reach the optimal speed of 300 km/h and turn into its drift. Nissan brought along Masato Kawabata, a Japanese drift champion currently on Team Tokyo in Japan’s drifting series, to drive the car and break the record.

When all was said and done, the Nissan GT-R drifted at a 30 degree angle at a speed of 304.96 km/h, shattering the previous record. Take a look at the record-breaking run in the video from Nissan below.