Two Nissan Z’s were able to drift adjacent to one another in a figure-eight configuration for an uninterrupted 28.52 kilometers. It makes for an awfully pretty sight, and you can check it out in the video below.

“With today’s accomplishment of setting a new Guinness World Records title, we have proven again the strength of our vehicles by adding another Guinness World Records record to our list,” said Samir Cherfan, Managing Director, Nissan Middle East. “The Nissan Z is a very popular car in the drifting scene, and this new record is yet another proof on the ability of this car to make drifting look so easy.” 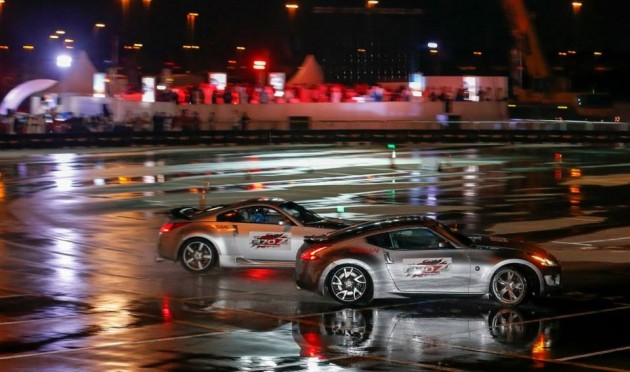 The record achievement was achieved as part of an event promoting the “Nissan 370Z Drift Experience,” which partners Nissan Middle East and the Prodrift Academy in order to give motorsport enthusiasts in the Middle East the opportunity to learn to drift behind the wheel of a 370Z in a safe and pro-controlled environment.

“Nissan has a strong focus on motorsports in the Middle East. Since safety is our priority at Nissan, we have partnered with the Prodrift Academy to provide a legal and safe platform for drifting fanatics in the region,” Cherfan added.