Nissan Micra Cup Kicks Off Its Season in Canada 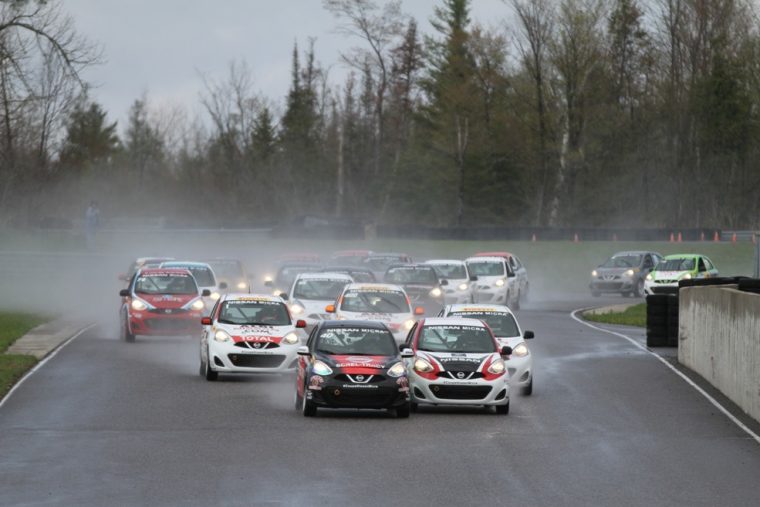 Last weekend, Nissan kicked off a fun season of racing at Calabogie Motorsports Park in Ontario, Canada. It wasn’t a new form of NASCAR, and it definitely wasn’t a new F1 series. It was a new season of the Nissan Micra Cup, and those little cars came to the track to kick butt and take names.

The Nissan Micra, for the uninitiated American, is a subcompact car that is even smaller than the Nissan Versa Note and is also called the Nissan March in some markets. It is not sold here in the US, unfortunately, but it does roam the wilds of Canada, India, Japan, Australia, and more.

In Canada, the Nissan Micra Cup is an affordable option for capable racers to operate a team for a relatively low cost, and Nissan hopes that it attracts a good mix of racers, from kart drivers to complete novices. Just like any other race series, there are requirements that each Micra must make to qualify with any modifications the team makes. Teams are given a stock Nisan Micra with a few tweaks, including a NISMO suspension.

Racing took place on both Saturday, May 14th, and Sunday, May 15th, with racers Kevin King and Xavier Coupal walking away victorious. It wasn’t an easy weekend of racing, with cold temperatures, wind, and rain working against drivers.

If you’ll be in Canada and fancy catching a bit of racing on the weekend of May 27th through May 29th, head over the the Spring Classic at Circuit Mont-Tremblant in Québec.