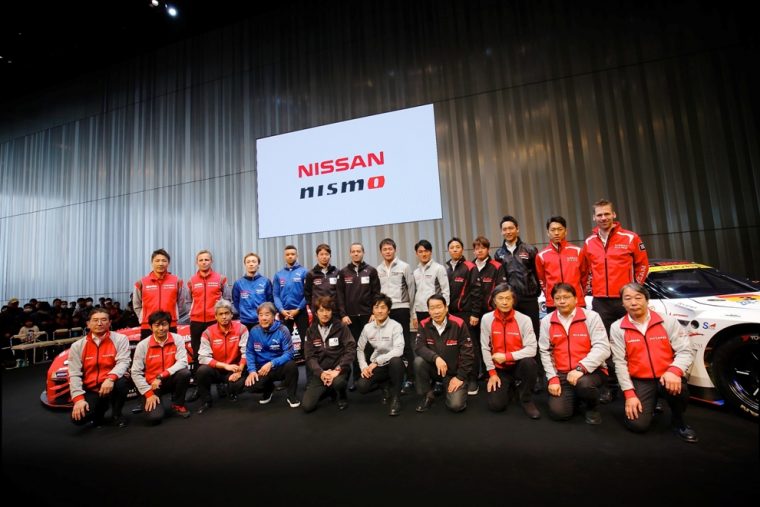 As February moves quickly to March, the days in the Northern Hemisphere are getting longer and warmer. While some people are thinking of flowers and open windows, race fans are getting excited for the upcoming seasons of motorsports. This month, Nissan and its performance NISMO brand have announced their plans for 2017, and they’re pretty exciting.

Faster than Light: Check out the spaceship Nissan brought to the Chicago Auto Show

On the Super GT GT500 front, Nissan has boldly announced its intentions to bring the title home after losing it in 2016. The NISMO team will be comprised of four cars and eight drivers. The driver lineup includes seasoned veterans from NISMO’s championship seasons in 2014 and 2015 as well as recently promoted Nissan GT Academy graduates. It won’t hurt that the drivers will be getting behind the wheel of a newly redesigned GT500 racer that looks more like the standard 2017 Nissan GT-R NISMO.

Beyond Nissan’s own race team, the Japanese automaker is also committed to customer racing programs and driver development. On the customer side of things, Nissan has plans to support vehicles and engines in several race series . For example, 33 racecars have been sold by Nissan to compete in the GT-3 program in China, Japan, the US, Europe, and Australia. Other race series with Nissan products at the starting line include the Blancpain GT Series Endurance Cup, Super GT GT300, and the Super Taikyu Series ST-X. The Driver Development Program will support a racer in the Super GT GT300 named Mitsunori Takaboshi. Lastly, Nissan will be participating in the Australia Supercars Championship with a Nissan Altima.

Slow Down: Learn how to conserve fuel when driving

2017 is sure to be an exciting year for Nissan Motorsports. We can’t wait to see what awards end up in the Nissan display case, and what motorsport technology makes it over to the consumer lineup.