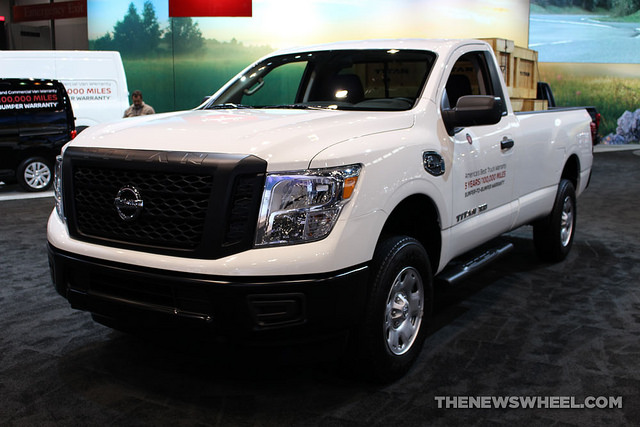 Nissan is bringing a truckload of well, trucks, to The 2017 Work Truck Show in Indianapolis.

For the first time, the entire selection of Nissan commercial vans and pickup trucks will be on display at the annual event that attracts in excess of 11,000 truck dealers, equipment distributors and fleet managers from across the globe.

The Work Truck Show is the biggest work truck extravaganza in North America and will run from March 15-17 at the Indiana Convention Center.

Two TITAN XD work trucks, one of which will be the TITAN XD Diesel S Single Cab that is outfitted with one plow attachment and three exclusively equipped NV Cargo vans, including the NV Cargo X, will be featured in Nissan’s Booth #1437.

The NTEA, the Association for the Work Truck Industry, coordinates the annual event, and the show has earned the reputation as one of the top 100 trade shows in the United States. Approximately 1,900 companies that distribute, manufacture, sell, and repair truck bodies, truck equipment, trucks, accessories and trailers are represented by the NTEA, which began in 1964.

“Featuring the TITAN XD Diesel, TITAN XD Gas and TITAN half-ton pickup trucks, and a full lineup of NV Cargo vans, Nissan is now a one-stop shop for commercial consumers,” said Tiago Castro, director, Light Commercial Vehicles Sales & Marketing, Nissan North America, Inc., in a statement from Nissan. “With our commercial vehicle lineup complete, Nissan is fully engaged in the commercial vehicle space. We are excited to showcase the strength and versatility of our lineup – and there’s no better place than The Work Truck Show to do it.”