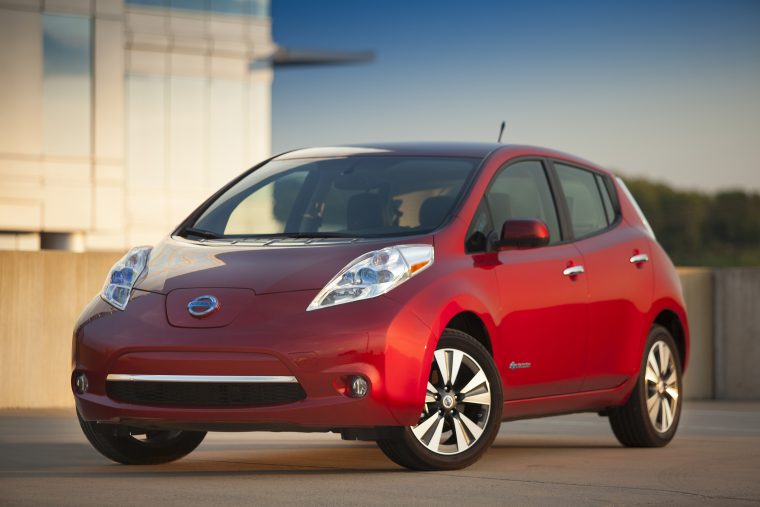 Earlier this month, the Tesla Model 3 was revealed to the world, and the brand’s fans rushed to put in their reservations. The new model’s $35,000 price tag makes it much more attainable by the average man, and Tesla is reporting an astounding 400,000 reservations. But what about the electric vehicles already on the market and at similar (or lower) price points, like the Nissan LEAF and Ford C-Max?

Drive it for Real: Check out this model overview of the 2016 Nissan LEAF

At least one of these brands, Nissan, has decided to stand up and fight. One big thing against the Tesla Model 3 is that these reservations are for a car that won’t even be in production for about a year. Even when they do roll off the assembly line, there’s no telling if production will come even close to meeting demand (Chrysler lost orders this way when it rolled out the new Hellcats). Drivers who want to start protecting the environment and saving money on gas now should not wait until maybe 2017 to change their ways. That’s where the Nissan LEAF and its current competitors stand strong: they’re actually available to purchase.

Nissan ads showed up in papers like the Los Angeles Times, New York Times, The Wall Street Journal and USA Today on Friday, Earth Day, touting the car’s immediate availability and its low price tag after government incentives. A $7,500 federal EV purchase credit brings the Nissan LEAF’s base price to $22,360 including destination, according to the brand. The ads also tout a current cash back incentive for Nissan LEAF shoppers.

Go Green Without an EV: Learn more about the benefits of carpooling

Good for Nissan for taking on the Tesla hype. The original affordable EV. https://t.co/i4rny8ahs2 pic.twitter.com/xwtlEposR3

To follow up the print ads, Nissan later made a tweet to the same effect, featuring a Take a Number dispenser, but instead of a number the paper asks “Why Wait?” followed by an image of the Nissan LEAF.

Have no reservations about driving an all-electric Nissan LEAF today. Here’s why: https://t.co/wd4joWECzj #EarthDay pic.twitter.com/jxbBqN2b4r

Time will tell if Tesla’s new model will live up to the hype. Until then, shoppers should consider the many excellent EVs already on dealership lots.