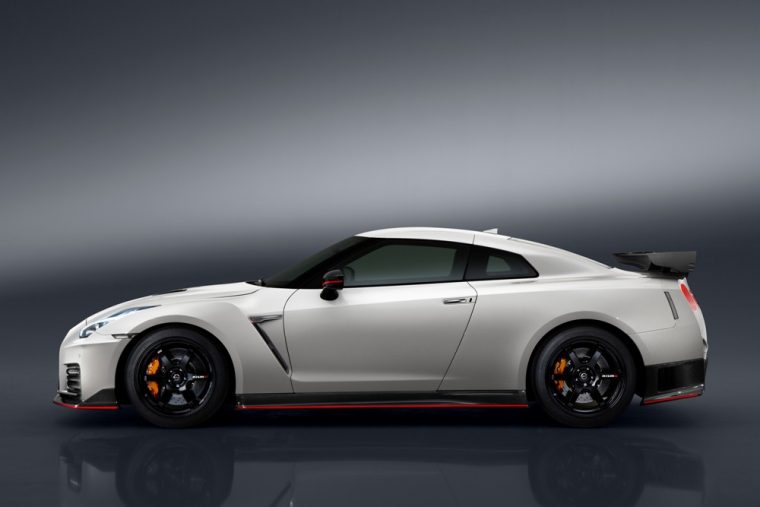 The 2017 Nissan GT-R NISMO is officially available for order in the country of Japan, but its starting MSRP of approximately $183,000 probably means that only elite Japanese citizens will be able to purchase one.

While the regular version of the 2017 Nissan GT-R made its American debut at the New York International Auto Show, the NISMO model comes with an even more powerful engine and an enlarged grille to cool that motor, and of course it also features fancy NISMO badges, as well as a reinforced hood that’s needed to handle the incredibly high speeds this vehicle is capable of achieving.

Underneath the hood, the Nissan GT-R NISMO packs a twin-turbocharged 3.8-liter V6 engine that’s rated at 600 horsepower. That motor works with a six-speed dual-clutch gearbox, and, in case you might be wondering, Nissan does in fact still build each GT-R engine by hand.

Inside the cabin, this Nissan sports car features an 8-inch touchcreen system that uses large icons to make the technology simpler to operate. There’s also a display command control on the center console, which can be used to manage the system without the need to physically touch the screen. Moreover, only the finest materials are used inside the car, as the driver and passengers will rest on leather-appointed Recaro carbon fiber bucket seats with Alacantra inserts, while the driver will use a steering wheel wrapped in high-quality Alcantara leather to maneuver the car.

All of the improvements made to 2017 Nissan GT-R NISMO mean it will generate more downforce than any other car in the history of the Nissan brand. In fact, the 2016 model was so powerful and aerodynamic that it was able to zip from 0 to 60 mph in a mere 2.9 seconds. However, thanks to a stiffer body structure and refined shock absorbers, springs, and stabilizers, it may not be a stretch to think the 2017 model could possibly travel even faster.

It should be noted, the 2017 Nissan GT-R NISMO has yet to be made available in the US market.