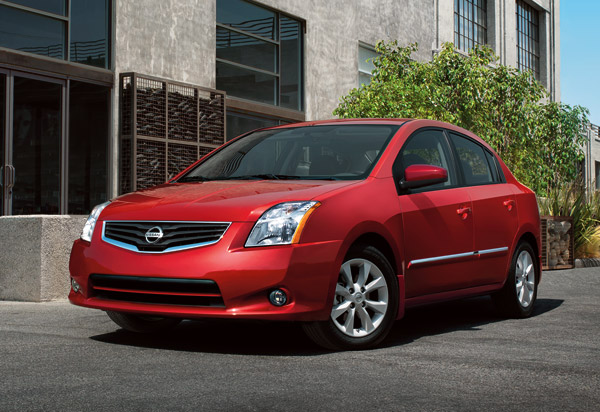 The Nissan Sentra has grown through the years, beginning as a subcompact entry-level car but now having reached its current compact status. The Sentra is generally an exported version of the Japanese Nissan Sunny.

The first generation of the Nissan Sentra was introduced to the U.S. in May of 1982 as a replacement for the Datsun 210. It was only the second car to be marketed in the U.S. under the Nissan brand and to use a model name instead of a number. The Sentra was the first Nissan vehicle to use a front-engine, front-wheel-drive layout.

The Sentra quickly became a success, largely due to its low fuel consumption and high safety ratings.

The seventh generation of the Sentra was introduced at the 2012 Beijing Auto Show as a 2013 model year. The new Nissan Sentra had a completely redesigned exterior and interior to more closely reflect the high-end look of Nissan’s other models. Changes included LED tail lamps, LED head lamp accents, and a new navigation and electronics system.

The Sentra continues to be an industry leader in fuel consumption and safety ratings.