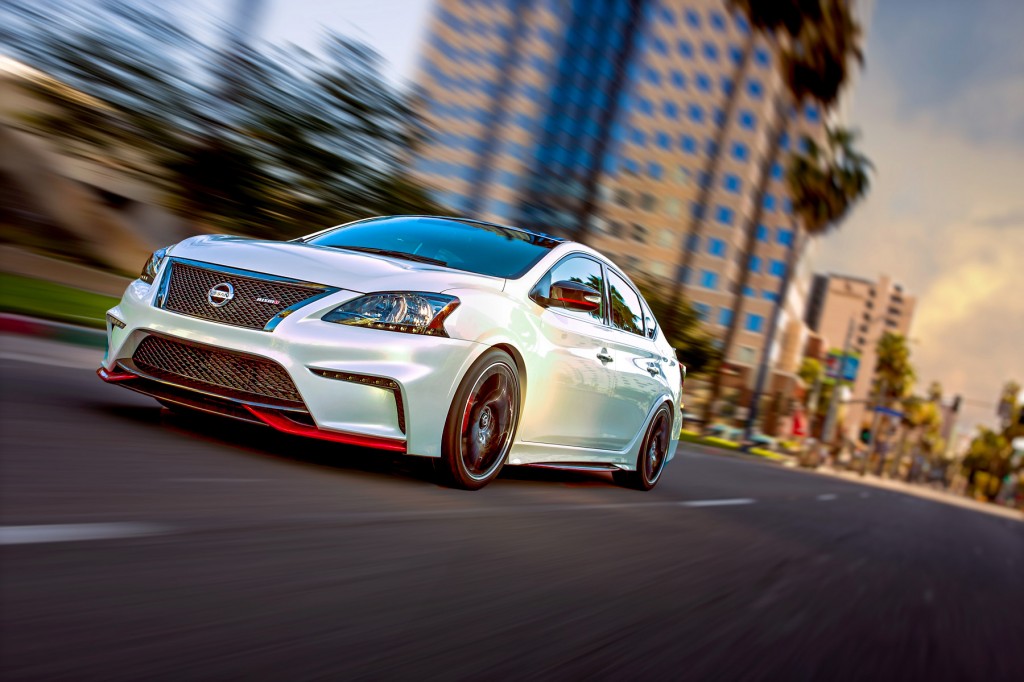 Those among us who have been clamoring for Nissan to bring back a performance version of the Sentra need wait no longer: the automaker revealed the Nissan Sentra NISMO Concept this week at the 2014 North American International Auto Show (NAIAS), which it promises is a tease of bigger plans down the line.

“Fans have asked that we bring back a high-performance Sentra straight from the factory, just like in generations past,” said Nissan Vice President of Product Planning, Pierre Loing, in the automaker’s press release. “With NISMO, our in-house motorsports arm, already producing versions of the 370Z NISMO, JUKE NISMO, JUKE NISMO RS and upcoming GT-R NISMO, we wanted to demonstrate where we could go in the future.”

The Nissan Sentra NISMO Concept builds upon the newest-generation Sentra platform, borrowing its balance of style, technology, and fuel efficiency and injecting it with a number of tuner-inspired elements. From a race-geared exterior engineered for supreme aerodynamics, sports-influenced cockpit for unsurpassed comfort and control, and NISMO-perfected suspension, steering, and transmission, the concept is everything those hungry fans have been calling for—and more. 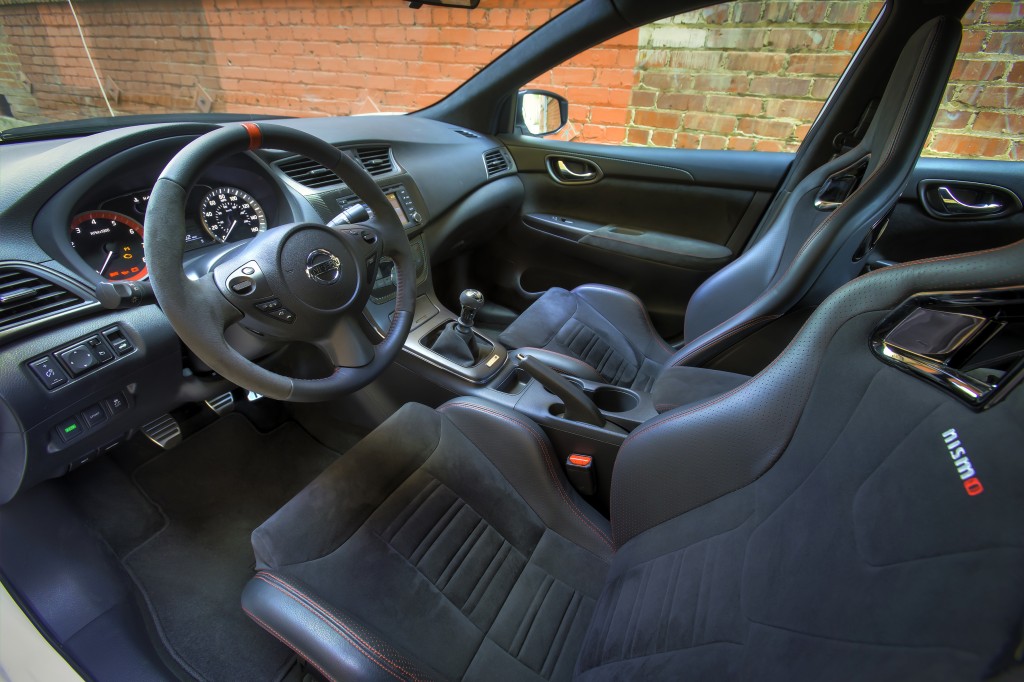 The Nissan Sentra NISMO Concept can be said to have an understated appearance—it’s certainly not as “out there” as Nissan’s recently-unveiled IDx FreeFlow and IDx NISMO Concepts. It will improve upon the Sentra’s aerodynamics with a wide lower front spoiler, fender flares along the sides, and integrated side sills that fade into the rear fascia. The addition of a customized rear spoiler adds more aerodynamics to the package, ensuring top-of-the-line performance.

The Nissan Sentra NISMO Concept is painted in a Bright Pearl White coat with a reflective roof panel and a number of red NISMO accents all about the vehicle. It manages to stay true enough to the source vehicle that it is ultimately recognizable as a Sentra, but it wears enough of the hallmark design cues that place it as certifiably-NISMO.

“The exterior treatment takes Sentra’s mature, premium presence and infuses it with an added dimension of excitement and dynamic energy,” said Loing. “Still easily identified as a Sentra, it evokes a strong sense of the power that lurks just below the surface.”

Beneath the hood lies a 1.8-liter direct injection turbocharged engine that puts out in excess of 240 horsepower and 240 lb-ft of torque and comes mated to a sporty six-speed manual transmission. To improve performance specs, NISMO tuned the concept’s independent strut front and torsion beam rear suspension while fitting the Sentra with performance shocks and springs.

Want more information from this week’s NAIAS? Stay tuned to The News Wheel for the latest news and notes!