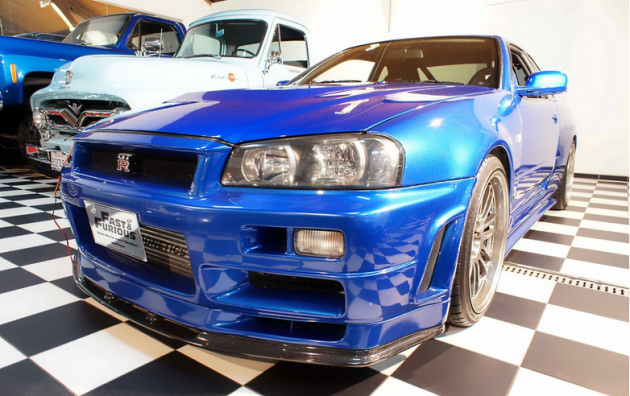 Furious 7 has been a huge success at the box office, with flocks of auto enthusiasts and regular movie-goers alike coming to see the final Fast & Furious movie to star the late Paul Walker, who was tragically killed in a car crash on November 30th, 2013.

The Nissan Skyline GT-R pictured above was used in Fast & Furious, the fourth movie of the franchise, and is currently for sale in Germany. It’s the only one remaining from the film, as the others were completely destroyed during filming, as the franchise is known to do. Walker drove the vehicle in a street race scene against Dom Toretto’s (Vin Diesel) 1970 Chevelle amongst other cars that suffered equally Fast-and-Furious-style, extravagant crashes as the other remaining examples of this GT-R.

There is no price listed due to the particularly special nature of the vehicle, but it went on the market unsuccessfully back when Walker died. According to Boston.com, the seller’s appraisal falls somewhere between $844,000 and $5,496,000. That’s quite a range.

Whoever does happen to pick up this 550 horsepower automotive jewel will own a priceless piece of movie history.