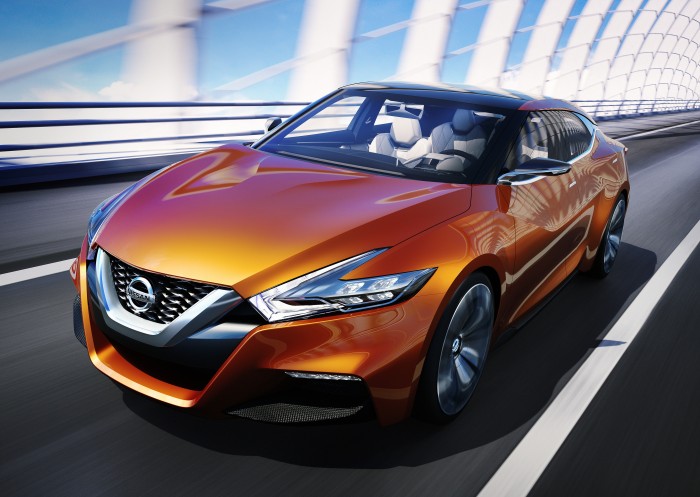 Last week, Nissan unveiled its exciting (and also orange) Sport Sedan Concept at the 2014 North American International Auto Show (NAIAS) in Detroit.  Among all of the acclaim that the Nissan Sport Sedan Concept earned, the accolade that stands out the most is being named Best Concept at NAIAS by Autoweek Magazine.  The editors of the publication gave the Nissan Sport Sedan the edge over the exciting Kia GT4 Stinger and Toyota FT-1, citing its future-savvy design themes and the continuation of the “V-Motion” movement as causes for its victory.

RELATED: Nissan Provides Customers with Some of the Most Fuel-Efficient Trucks

“The Sport Sedan Concept is an extremely important vehicle for Nissan because it demonstrates a new and energetic design direction that builds on Nissan’s legendary approach of applying sports car principles to a sedan,” said Nissan senior vice president and chief creative officer Shiro Nakamura, in a press release issued after the award was given to Nissan.  “To receive this recognition reinforces that Nissan is headed full speed in the right direction, and this is only a sign of good things to come. We are elated to take home Autoweek’s ‘Best Concept’ award from the 2014 NAIAS.”

Autoweek issues annual Best in Show, Most Significant, Most Fun, and Best Concept awards at NAIAS.  The Nissan Sport Sedan’s dramatic design facets, including its floating roof, boomerang light configuration, and diamond-shaped seat graphics, were significant factors in it getting the award over its much-discussed concept brethren.

We can only hope that the Sport Sedan Concept being named Best Concept at NAIAS by Autoweek will give Nissan more incentive to ensure that more aspects of their exciting vehicle find their way into future production models.  We wouldn’t be too upset at the prospect of a Nissan Sport Sedan manufactured for the public.  Would you want to drive one?  Or did another concept from NAIAS steal your heart?  Leave us a comment and let us know!