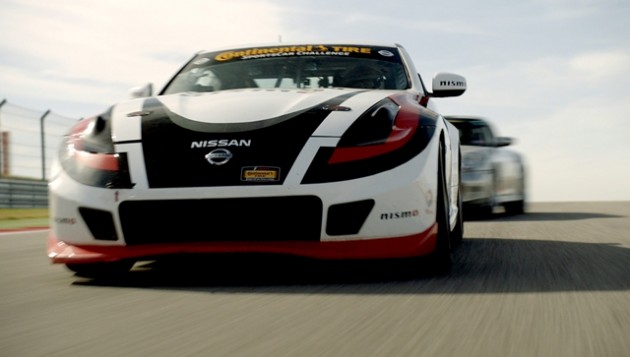 Nissan hasn’t had a Super Bowl commercial in almost twenty years, and this year they’re back with a 90 second spot that will honor the dads of America and feature two surprise products. Watch the first 10 seconds of the ad below:

Nissan’s YouTube channel has been hosting the #withdad campaign in the days leading up to the big game, where users can upload their own films honoring the hard working dads of America.

Fred Diaz, senior vice president of Nissan Sales & Marketing and Operations for Nissan North America, said, “We think we’ve captured and told a touching story about a family’s struggles with work-life balance in our 90 seconds during the game. But what we really want is to start a conversation about family that lasts well beyond the game.”

They’ll be keeping the rest of the ad under wraps until it’s shown on TV during the game, unlike many other advertisers that reveal their entire commercial before the game.

As for the two surprise products to be shown in the commercial, we hope the all-new 2016 Nissan Titan XD makes an appearance. 555 lb-ft of torque and a diesel V8 engine should appeal to most dads.

Tune in to Super Bowl XLIX at 6:30 Eastern on February 1 on NBC.