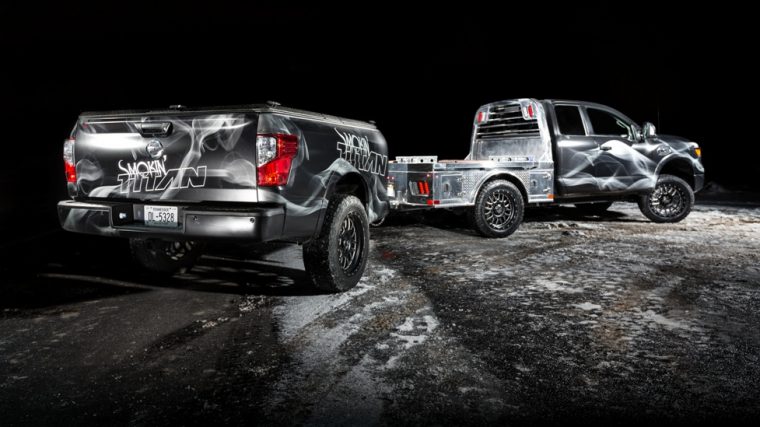 When you think of summer food, images of meat cooked over the flames or coals of a grill probably come to mind. Nissan’s latest concept vehicle, the Smokin’ Titan, made its debut at the 2018 Work Truck Show and it’s ready for warmer months. This Nissan Titan XD is not your typical concept car, as it took one truck and turned it into a truck and a trailer. This isn’t just any trailer, either. The truck’s traditional bed was cut off to form the trailer and the back of the truck has been outfitted for its new task.

Build Your Own: Check out the Nissan Titan and its features 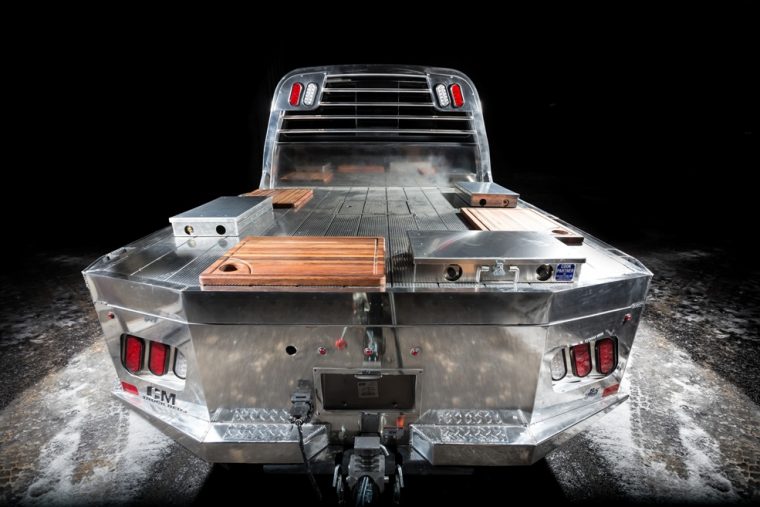 According to Nissan, the concept was built from a Canton, Mississippi production Titan XD truck. The bed was then removed and replaced with an aluminum flatbed so that it could be outfitted with three separate food prep stations. All three stations have a Partner Steel aluminum double-burner prep stove and a cutting board made of Churrasco Brazilian wood. As if that wasn’t fancy enough, the area behind the cab of the truck also has a 24×24 sink and a water storage system that can be changed out with a Yeti Cooler if cold storage is more important than access to water. The backseat of the truck itself has a fridge and freezer, as well as a spice rack. 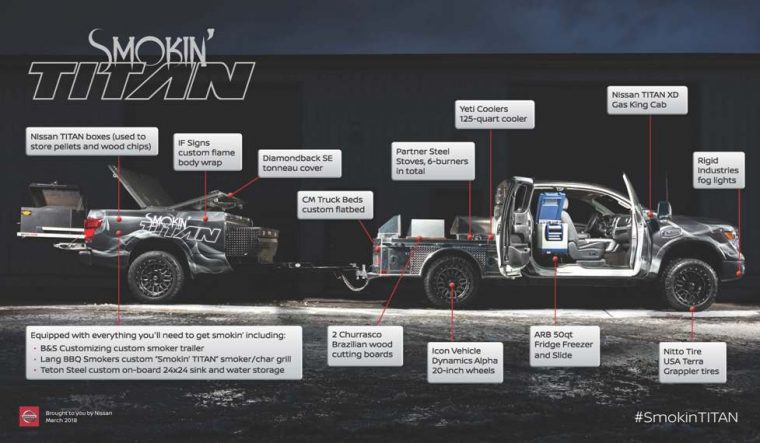 If the truck itself has everything and the kitchen sink, what could the bed-turned-trailer possibly have? The smoker and grill, of course! The truck bed was removed from the truck because the smoker can generate up to 600 degrees of heat, so it needed to be kept away from gasoline and other truck components. Besides the grill and smoker, the trailer also has two dry storage boxes for wood chips and smoker pellets.

According to Nissan, this whole setup only took 20 unique aftermarket parts and accessories. Do you know anyone that might try to transform their truck into the ultimate BBQ machine?