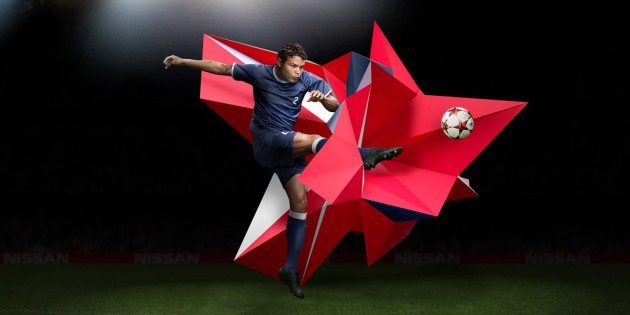 It seems that, when it comes to partnerships, Nissan has been very popular. Back in July, Nissan signed a long-term deal with the Tennessee Titans, part of which provided a large donation to the Wounded Warriors Project (another company with which Nissan is a partner).

Perhaps seeing that partnerships with Nissan are coming at something of a premium these days, the UEFA Champions League and Nissan have extended their partnership for the next three seasons and this time, it’s going global.

Nissan products and advertisements will now take place at UEFA events across more than 40 countries, including Brazil, China, Japan, and even the US.

As happened last year, fans will be the center of the partnership, with Nissan and the UEFA creating unexpected moments of fan excitement, like the Center Circle Carrier experience, which will offer 1,300 children across Europe the chance to become part of the opening ceremony at the beginning of each match.

Other fan opportunities to get involved include voting on their favorite goal of the week to win prizes (which range from official match balls to tickets to the final match in Milan in May 2016), and one lucky fan winning two passes to watch their favorite team at every single UEFA Champions League game this season through a social media contest.

It seems that, for the next three years, Nissan and the UEFA are certainly bringing the heat.