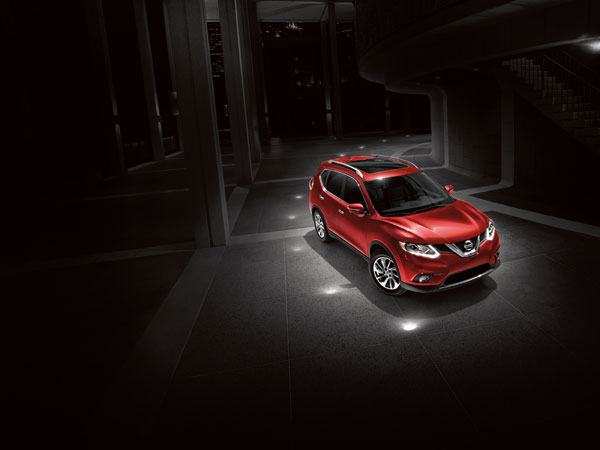 We as a society have come to expect a few things as we’ve rolled along into the 21st century: readily available coffee every morning, the ability to coordinate our wardrobe to whatever phase we should find ourselves in (we here at The News Wheel are both currently and willingly enjoying an acid wash revival…and we stress enjoying), and the implementation of intuitive infotainment systems in new vehicles.  While the 2014 Rogue can’t make us fresh pots or supply us with splotchy-looking denim, we can happily report that NissanConnect™ fulfils all of our needs for the latter.

NissanConnect™ comes standard in the 2014 Rogue, allowing for access to customizable music choices, social networks like Facebook and Twitter, and available navigation, traffic, weather, and news.  And since Nissan understands that this is something we’ve come to expect, all 2014 Rogues come with three years of complimentary service for the basic apps package.

“As demand for in-vehicle connectivity systems continues to grow, Nissan is taking the lead in providing affordable, use-friendly technology under the NissanConnect™ banner with critical core vehicles such as the 2014 Nissan Rogue, Altima, Sentra and Versa Note,” said Pierre Loing, vice president, Product Planning, Nissan North America, Inc., in the company’s official release.  “We expect more than 1.5 million Nissan vehicles will be connected by 2015, with our cloud-based model allowing for periodic updates and the launch of new apps throughout ownership of the vehicles.”

New apps and features for Nissan’s infotainment system become available with upgraded trim levels and packages, including access to SiriusXM Travel Link, Navigation, and a larger touchscreen display.  What’s more, the interface allows all of those who may drive or ride in the 2014 Rogue to customize their experience, including programmable radio stations and playlists.

Also available in the 2014 Altima, Frontier, NV200, Rogue, Sentra, Titan, Versa Sedan, Versa Note, and Xterra, NissanConnect™ provides everything that anyone could want from in-vehicle information/entertainment systems.  Now, if only Nissan would get to work on that coffee thing…