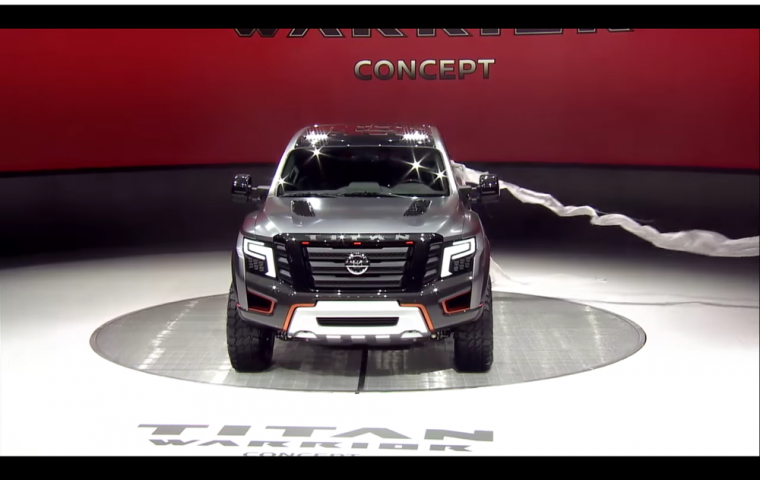 Auto show press conferences and their big reveals seem to all follow a code. Cars are introduced by driving up into the spotlight, where they park on a rotating platform so the assembled press can get photos of it from every angle. Another option for reveals is the presentation starting with a video, while the anticipated vehicle is hidden under a sheet (usually with its headlights on to make it seem as if it is alive and waiting). The sheet is then whipped off in a dramatic fashion, to the gasps of everyone assembled.

Sometimes, though, those gasps dissolve into stifled laughter if things don’t go as planned.

On Tuesday morning at NAIAS, Nissan was ready to proudly display its latest concept, the Nissan Titan Warrior. The team behind the press conference decided to go with the video introduction as the truck sat onstage covered by a sheet. When it was time for the big reveal, the white sheet was dramatically ripped from the truck. However, no one told the sheet that it was time to move, because it promptly snagged on the back corner of the vehicle.

Check the incident out for yourself:

The sheet tore, leaving the Nissan Titan with festive white streamer. A staff member rushed onstage to remove the impromptu decoration, but of course the damage was done.

The rest of the presentation went off without a hitch. To be fair to Nissan, this is hardly the most embarrassing thing to happen at an auto show in recent memory. Just ask BMW’s CEO about his tumble at the Frankfurt Auto Show.