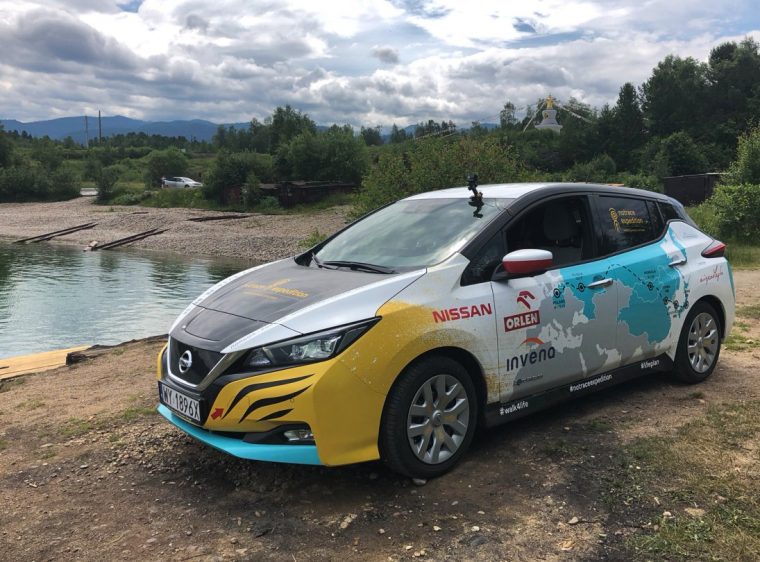 Long road trips can be great fun, especially if you have good passengers or engaging podcasts to listen to. While most of us are used to taking breaks to fill the tank at gas stations we see off the road, when you’re driving an electric vehicle you need to know where all the charging stations are beforehand. One Polish explorer is driving a Nissan LEAF from Poland to Japan, and he’s prepared to make the whole journey without running out of charge. So far he’s already made it to Beijing, China to see the Nissan Intelligent Mobility Experience Center.

Technology On The Go: Learn more about how NissanConnect works

The man behind the wheel

Marek Kamiński is a famous Polish traveler who is probably most well known as the Guinness World Record holder for being the first person to walk solo to the North and South Poles. His new No Trace Expedition project is a journey to raise awareness about the utility of EVs. They are usually associated with city driving, but he hopes to prove that they are not only great for long distances but for wilderness driving.

“When standing on Earth’s two poles, I saw a clean, flawless white world with no pollution,” said Kamiński. “There probably are very few adventurers who would drive an electric car for tens of thousands of kilometers on an uninterrupted expedition.”

Make It Your Own: Check out the cool color customization options for the Nissan Kicks

Kamiński left for Japan from Poland in May, and so far his trek has wound through Kaliningrad, Lithuania, Russia, Siberia, and most of China so far. He made it to Beijing on July 16, covering more than 13,000 kilometers (8,078 miles). From there he has the rest of China to go through, as well as South Korea before he makes it to Japan in September.

While at the Nissan’s Intelligent Mobility Experience Center in China, Kamiński remarked that the Asian country has a fairly comprehensive network of charging centers, which bodes well for EV adoption there. He also says that the Nissan ProPILOT system on his Nissan LEAF has handled very well and made his trip easier than ever.

Hopefully this publicized trip will make traveling by EV cooler than ever.